Hello,
I seem to have a pretty severe vignetting problem that I don't recall having a few weeks ago. However, I am getting more adept at EAA and using SharpCap so it may simply be that I just notice things more now. In either case, the first image is the problem on full display and the second is a screen shot of what I did with the histogram to alleviate it. The histogram in the lower left clearly shows that I have had to cut off half of the data in order to get rid of the horrible glare.

Q1 - Does this look like vignetting or is something else going on? I thought vignetting was a darkening at the corners/edges. This looks like a massive increase in light/glare in the center. There is such a sharp margin between the darker edges and the glare region...I thought it would be more gradual.

Q2 - Is there a better way to eliminate this artifact in SC or do I need to use flats?

Q3 - Regarding flats - the SC manual says that the application of flats will brighten dark areas but I actually need to lighten bright areas. So will flats help? 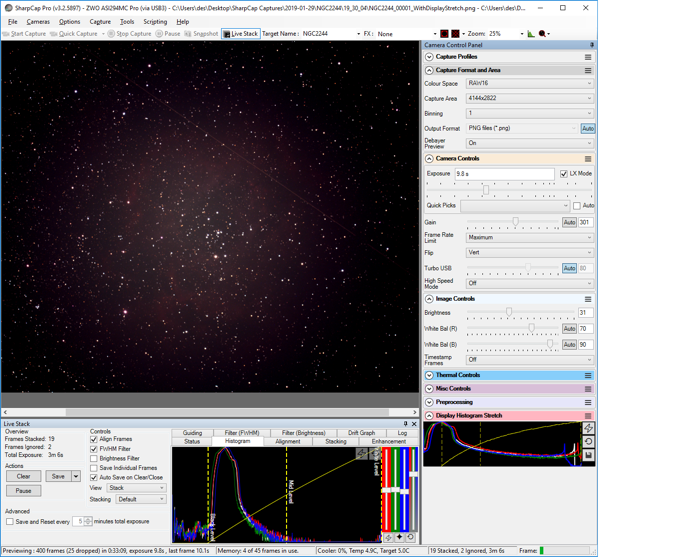 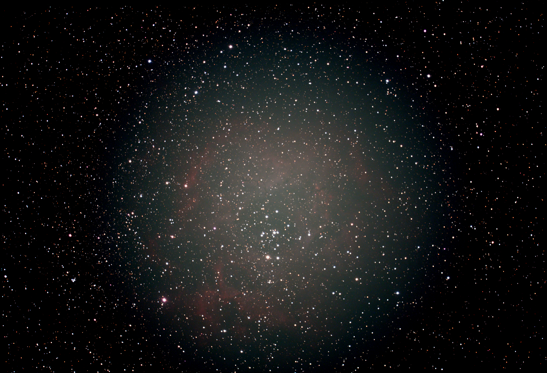 The best way to eliminate vignetting without making a physical change to the optical train will be to use flats. A few things I've noticed from your screen shots.

- display histogram you're clipping the black point of the image by quite a lot
- You're using a brightness level of 31, I've found high brightness (offset) levels are not desirable with he 294 this will be more evident if you use flats and live stacking in SC
- You didn't mention the scope you're using, but try a longer exposure.

Wicket,
Thanks for the reply.
1. The tip about the brightness is great. That is the one control that I haven't messed with and have sort of left it at the default. That will probably help alot as it seems like an over-brightness problem is really exacerbating the vignetting.
2. Yes, I was aware of what I had done with the histogram - it was my lame attempt to tone down the bright center. It worked a little but I was aware that I was throwing away a lot of data.
3. I use my Evo 8 + Hyperstar + ASI294 MC Pro for these. I seem to run into stacking alignment errors whenever I push the exposure much above 10 seconds. That also happens when I increase the gain. I would like to get to 30 seconds. But for the gain I think I like to keep it lower (around 250 or less).

One follow up question - it still is not clear to me what the difference is between the Live Stack histogram and the histogram in the lower right. They both seem to have dramatic effects but in slightly different ways. Could you explain that?

The large Live Stack histogram is representation of the data that has been supplied to SharpCap from the camera. This also takes into account any changes you make to the camera, this includes exposure, gain, brightness, white balance by changing the red and blue channels on the camera controls. Also any calibration frames (flat and dark masters.) The small display histogram reflects changes you make with the live stack color and saturation sliders and enhancements such as noise reduction and sharpening.

If you're having trouble stacking when you increase exposure check your settings in the live stack alignment tab. Also the log will give some hints why the stacking is failing. Adjust the star detection parameters to dial in star and alignment settings.

I thought I would post this as I am sure others will find it useful.
I captured a few flats at around dusk and restacked a few things for a test. The results were nothing short of amazing. Check out he Rosette Nebula. Both stacked for 2 minutes, 10 second exposure. Gain 350 ( a little higher than I normally use). See if you can tell which had the flat?? I also did decrease the brightness in both from 32 to 12 ( apparently the ASI 294 doesn't like it very high) so that may have contributed but I doubt by much.

Turns out flats are really easy to capture and apply in SharpCap. I timed it so I could capture them at 6 PM local time just as the sky was getting gray.

My next test is to reuse a flat from today during my next session. My theory and hope is that since I am only trying to eliminate vignetting (not dust, etc), then it should work ok. We will see. 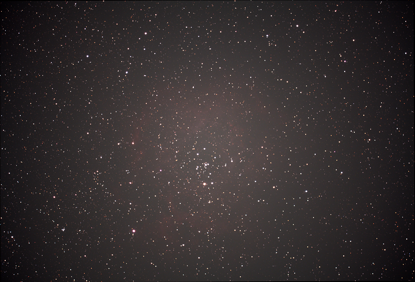 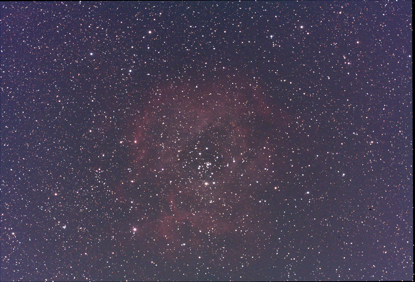 Thanks for sharing your success. It's always great to hear when something works well.

Yes, it did. SharpCap is really great.
Robin, I am also a software developer. I run a one-man show (www.raptormed.com) like I think you probably do or mostly do with SharpCap so I really appreciate what you have done. Great job. You have made astronomy accessible to so many that would otherwise never have a chance to experience it.
Top

SharpCap Pro live stacking and Hyperstar are a match made in EAA heaven! Enjoy!

Hi Robin,
I have learned so much since I started this just 3 months ago and it is all because of people like you on these forums. Definitely want to give back as much as I can. BTW - I ordered the 50 mm Lunt. Looking forward to its arrival. Thanks for your help on that.
Top

I'd like to learn more about your experience using a master flat with your 294 and Hyperstar. I used a friend's new 294 a couple of nights ago with my C14 Hyperstar. We had issues with the flats created by SC.

With my 1600MC-C camera, I get good results when creating a mono flat with bias subtracted, and WB Red and Blue sliders set to 50. We tried the same settings with the 294, but found that when the flat was applied, it resulted in giving the live stacking histogram an undesirable shape. Instead of the expected nice bell curve, the histogram shape was an inclined straight line. Here is a screenshot: 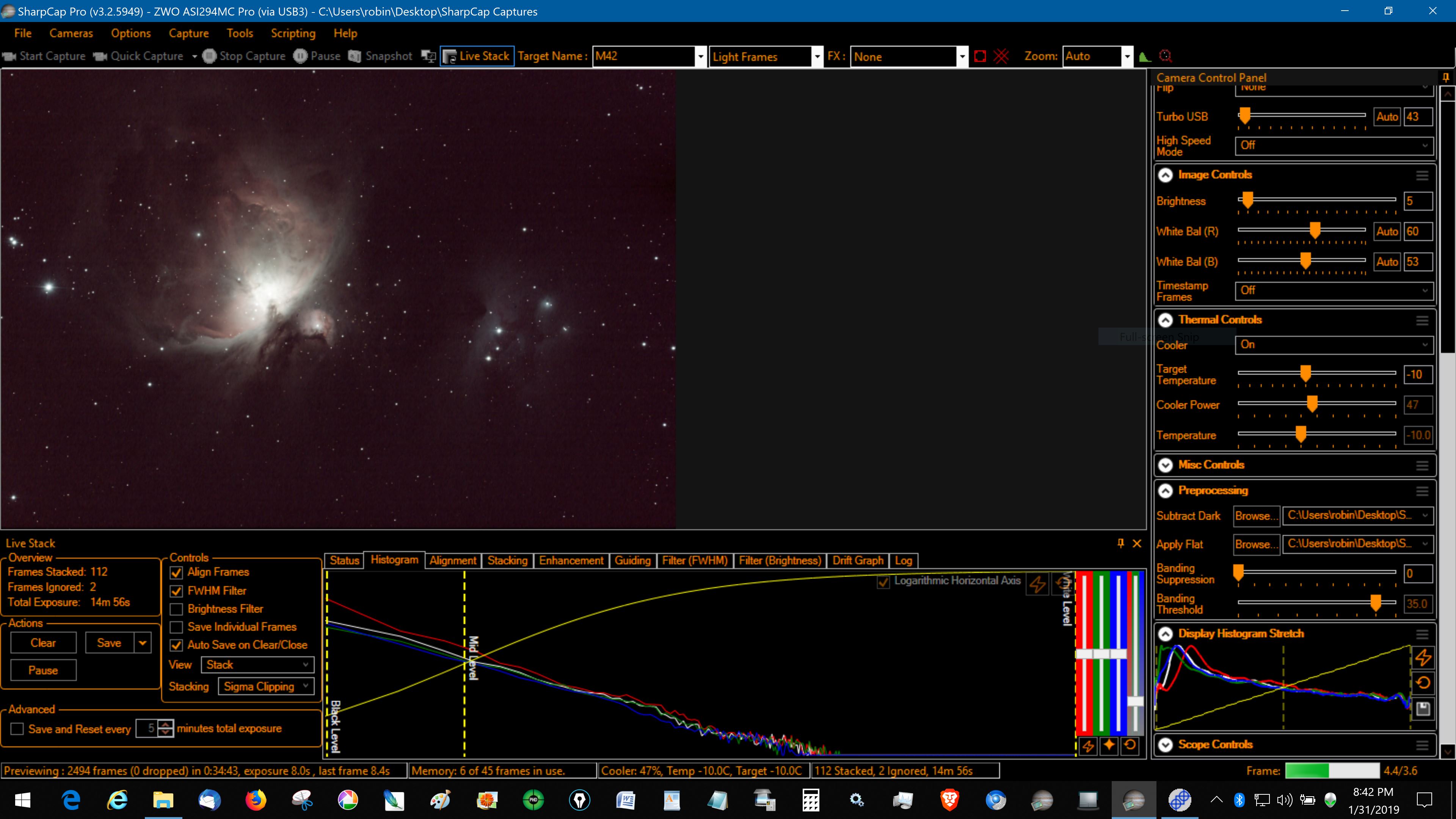 With this histogram shape, it was impossible to move the black point to the right without severe clipping.

With no master flat applied, we got the expected bell curve, so we knew that the master flat was the culprit. So then we tried a color flat with bias subtracted, but that made the image very red and so dark that SC couldn't find enough stars to align. So we ended up just not using a master flat and only using a master dark.

We got some advice about how to create flats from Donboy (a frequent contributor to this forum as well as on Cloudy Nights) but didn't get another chance to try his suggestions due to cloudy weather. Here are his suggestions: Mono with bias, no brightness/offset, 3sec or more with gain at 120 or higher but not over 300, Red set to 99, Blue set to 65. The Red and Blue values in Image Controls should be the ones that give you a color balance when taking lights. After you apply flat you may need to experiment with brightness/offset 0 to 10, set the Red and Blue in image controls to what ever you determined gives you near color balance; typically for me it's R99 & B65. Nothing so far is great with flats. Still trying to figure out how to calibrate the 294. It was no problem with the ASI071 or ASI1600MC or ASI1600MM. This 294 is frustrating when it comes to flats.