Captured 11th May 2022 around 21:00 (just after sunset). What was supposed to be a clear night was spoilt by intermittent high cloud. The sky looked clear but the images during capture had wildly varying histograms. The Moon was 77% waxing at 42° elevation. 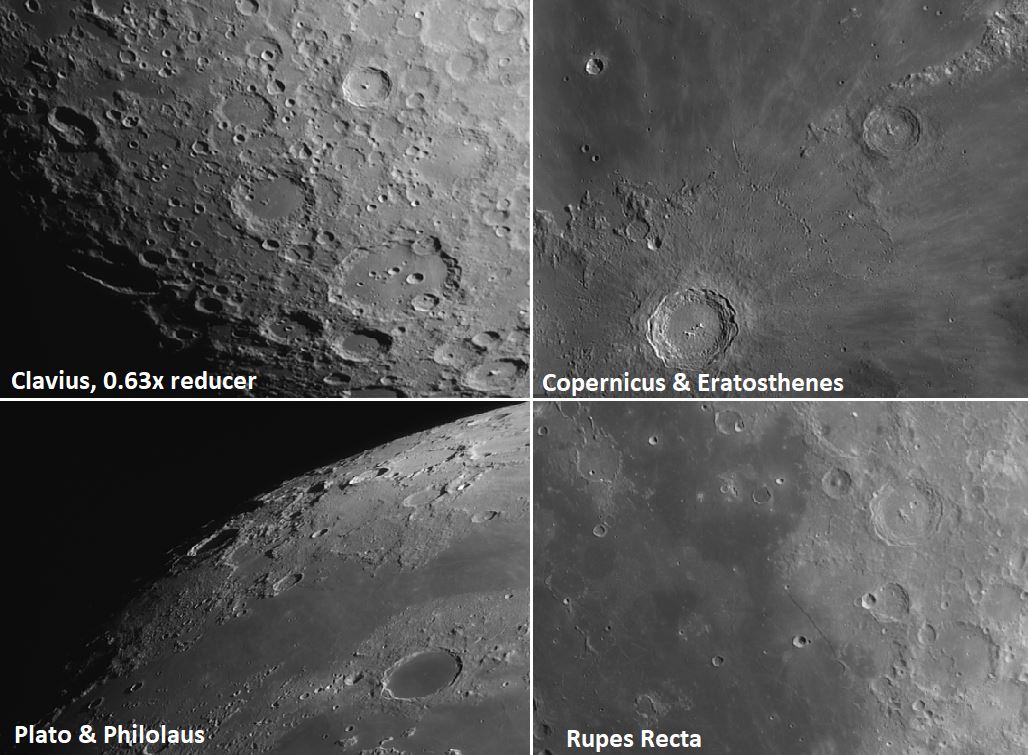 One Clavius capture was hit badly by intermittent cloud but there is something to learn from the processing. In the Quality Graph, the grey line is quality of frames captured in time of capture order. The green line is quality of frames sorted in descending order of quality. The hit from thin cloud can clearly be seen. With this being a 2 minute capture, I had 14,400 frames to use. I decided to stack the best 10% (which still gave me 1,400 frames to stack). By stacking less, I was able to salvage something.

Here are the Registax settings used. 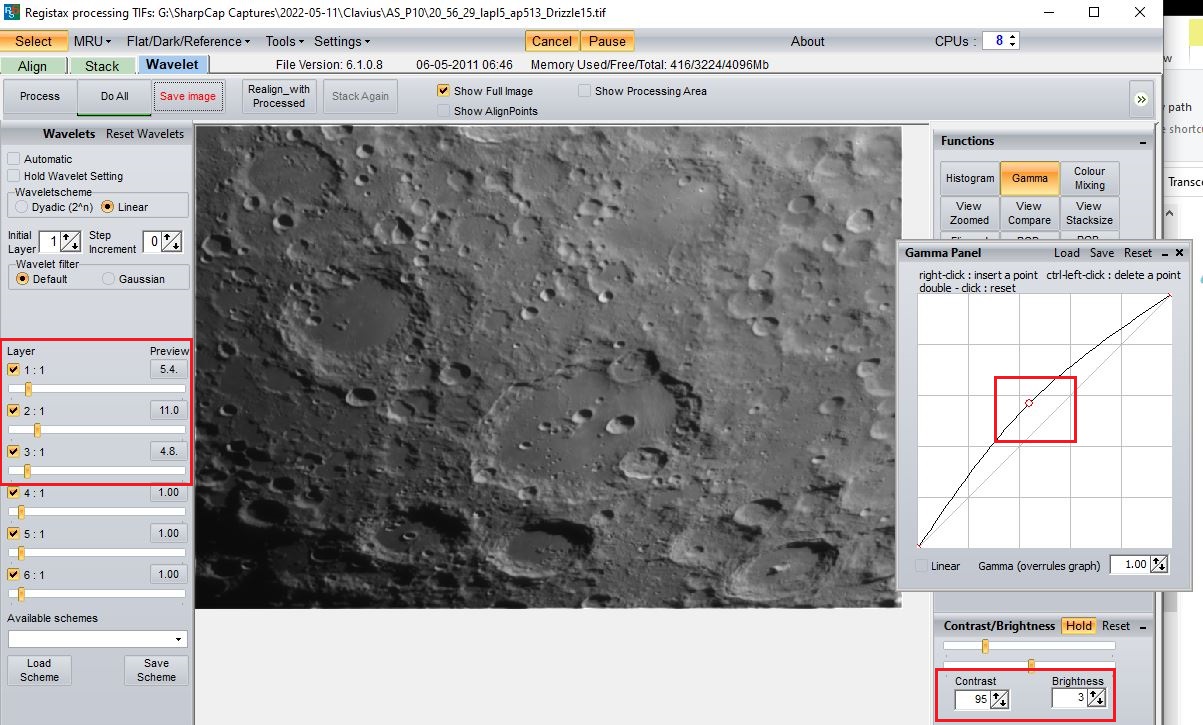 No other software was used for processing.

Hi Dave, good contrasty images - the view of the pristine appearance of Plato and background out to the rim is particularly striking. Thanks for including all the detail on processing - it is comforting to see that your Registax wavelet settings are in the same ball park as my last effort - next time I will try the 1.5X drizzle.
Tim
Top

The Registax wavelet settings need to be kept low so as not to introduce artefacts. Although the Skyris camera captures at 120fps, I have had good results with a QHY5LII-M capturing at 45fps. As for filters, I have had good success with IR685, UV/IR cut & Wratten #25. Filter to use depends on atmospheric conditions - which is trial and error.

It will be interesting to see what you can achieve with the VX12.