Here's the result from one hour of stacked exposures for offset 0: 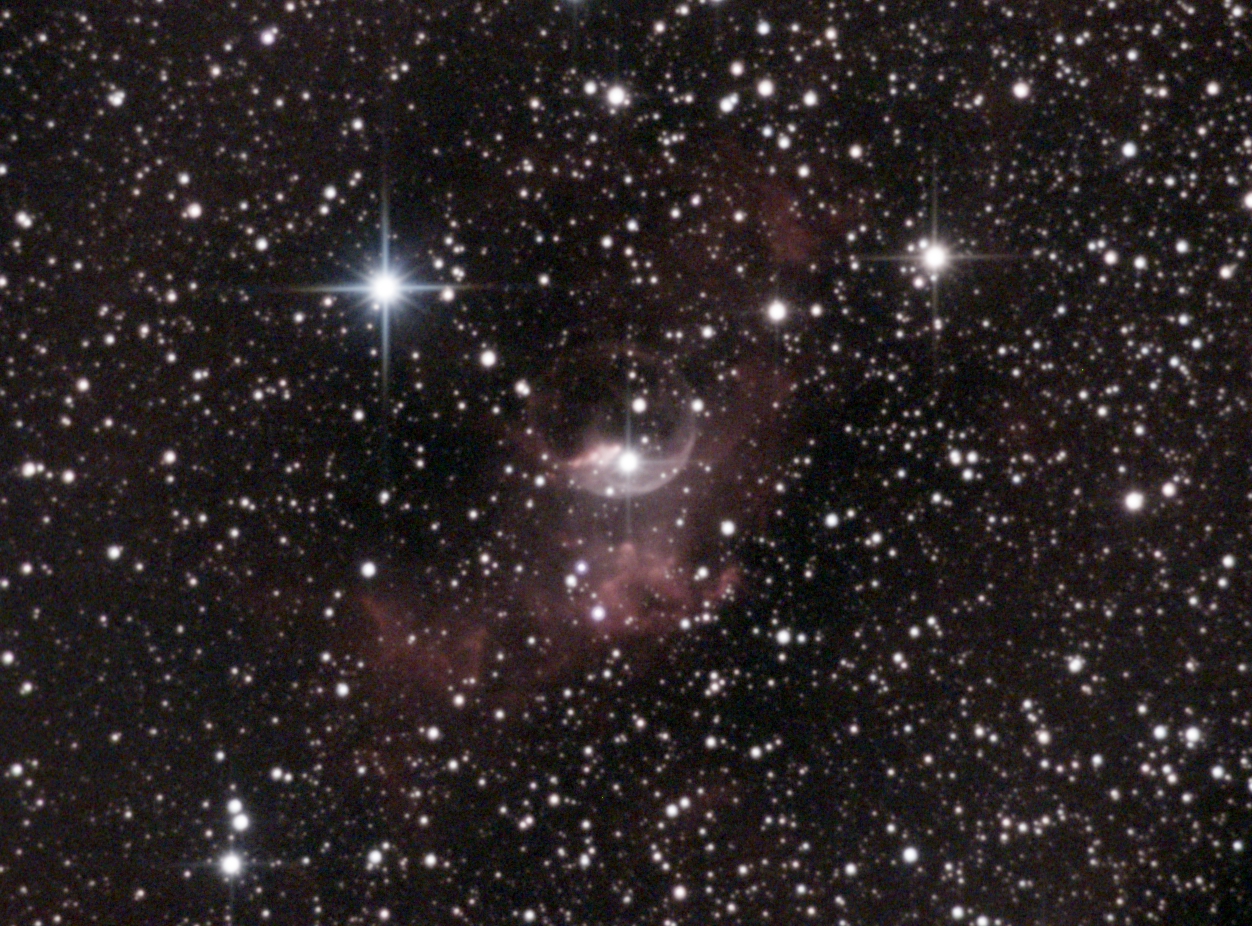 And this is the result for offset 28: 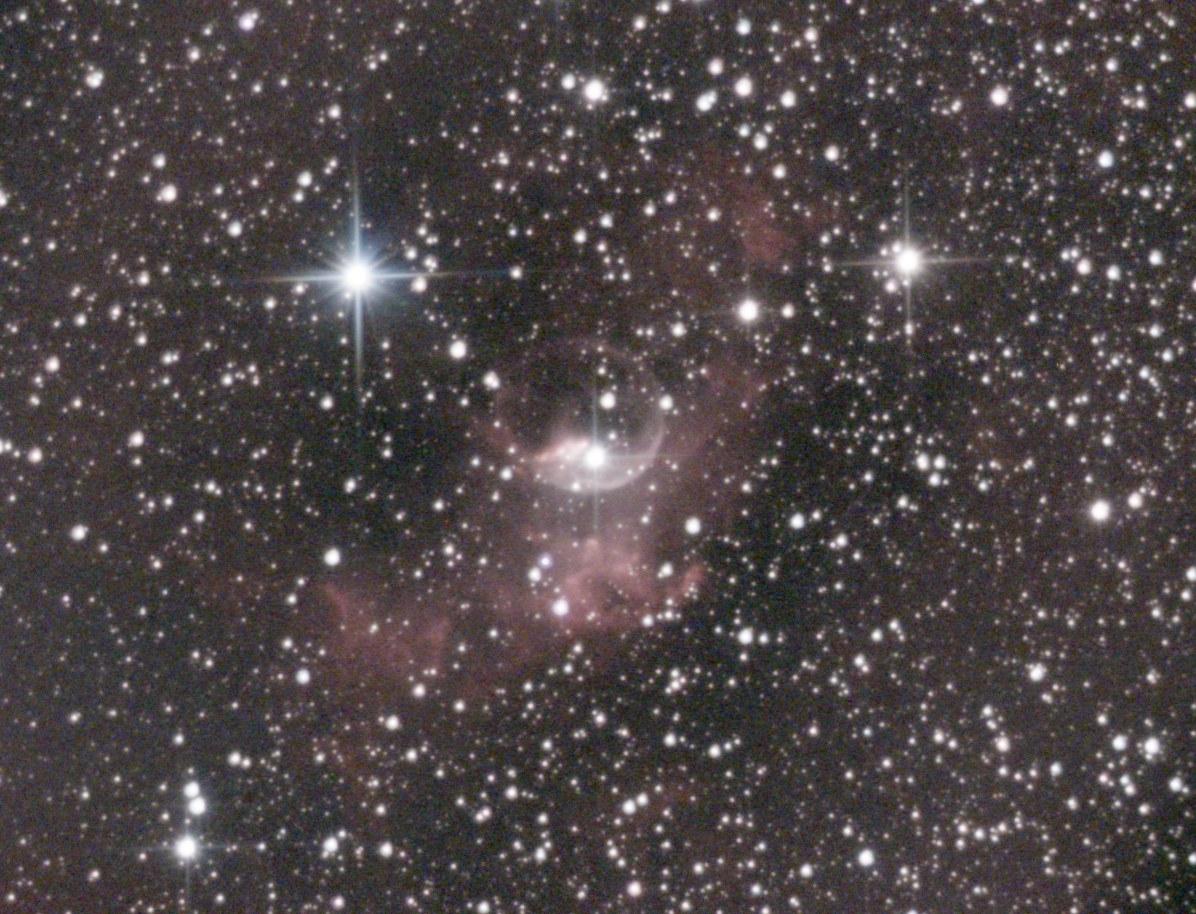 Both images were taken with a gain of 61. Both were processed identically in Pixinsight using Crop, AutoBackgroundExtractor, Photometric Colour Calibration and STF Autostretch. Both were stacked in the same way using DSS with a 100 darks taken the same night. I think in the end I used too much offset and lost a bit of dynamic range in the second image. I have the images in FITS format if you need then and the darks too.

Here's the final result. Fours hours of stacked 40 second exposures at gain 61 with a ZWO ASI224. The background is bit uneven but I'm happy with it overall: 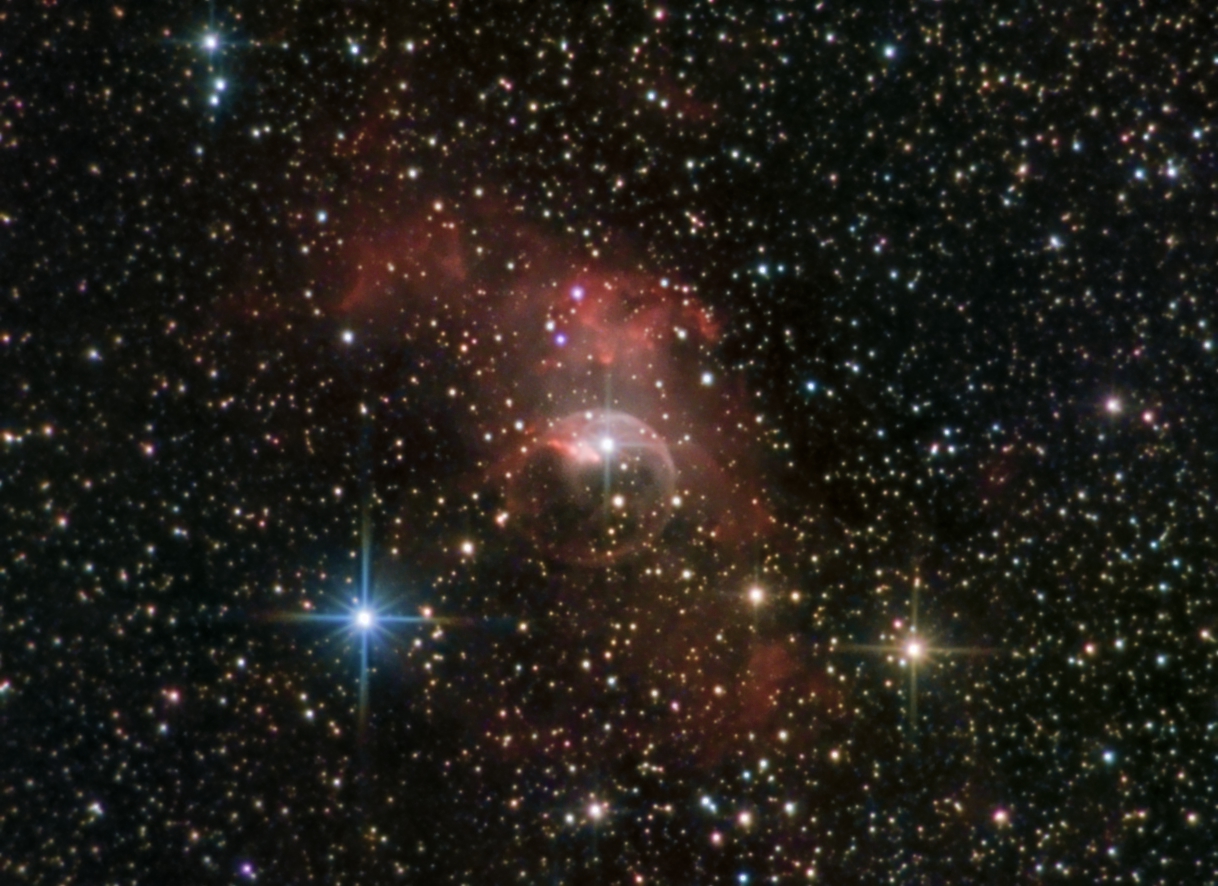 That's far more impressive than mine!

I looked up your camera at the ZWO site. It doesn't appear to be cooled. If that is the case how do you ensure that the temperature of your darks and lights match?

BTW, you are right, too much Offset can push stars into saturation, that is why I keep mine at the minimum.

In the first two images you posted, the first being a one hour stack at Offset 0 and the second at Offset 28, are these from a snapshot of SharpCap's LiveStack screen, or the output of post-processing in PixInsight?

Hi, thanks for the kind words. The top two images are both stacked images, not snapshots. They're both an hours worth of exposures stacked and processed identically or as near as I can do in Pixinsight using Crop, AutoBackgroundExtractor, Photometric Colour Calibration and STF Autostretch.

On the darks question, I just have to hope for the best. I tend to find that if the darks and lights are within a few degrees C of each other then it tends to turn out OK, although as good a match as possible is preferred. Sharpcap does show a temperature readout for the ASI224 even though it's not cooled.
Top

That is a good final image. Out of curiosity, what does the FITS Liberator for a bias frame at offset 0 and offset 28 look like with those gain and exposure settings?

Thanks, that will be most useful.

I subscribe to Dr. Craig Stark's "Set it and forget it" rule:

You can determine the minimum offset for each setting you use in the comfort of your home. Simply cover the lens, like you are taking darks, and set your fastest exposure (mine is 0.125ms, yours may be different.) For each gain setting that you are likely to use, start with Offset 0, and take a snapshot. Launch FITS Liberator and look at the energy distribution in the histogram. If it is clipped on the left-side then you need to increase Offset. Repeat these steps until the histogram is no longer clipped and is symmetrical around the Mean. Jot down the results and protect it from loss.

Dave (turfpit) and I have an ongoing debate as to whether or not there are benefits to increasing Offset beyond the minimum. I am of the belief that it does not add any value.

I've followed your method with my ASI071MC Pro, and I find in order to keep the histogram from being clipped on the left, I need to increase the offset (brightness) with increasing gain. (From about 20 with unity gain of 90, to about 50 with gain = 250.) I find this somewhat counter-intuitive as does cuivenion in the first post of this thread.

What is the reason for this? What is the offset/brightness parameter really doing?

I order to help with your question, please post back the following:
Using the centralised balanced histogram for a bias frame at whatever gain being used gives a systematic way to establish a reasonable offset setting for that gain.


I find this somewhat counter-intuitive as does cuivenion in the first post of this thread.

Cool, this is a bias at gain 0, with offset 20. It gives me a min of 208 and a symetrical pattern so it looks like I'm on the right track.

Later today, when I get back to my study, I will post some examples for FITS Liberator bias frames across a variety of cameras. Out of curiosity I ran FITS Liberator against bias frames taken with a CCD and DSLR camera and the histogram results were enlightening to say the least

One comment I will make is that since I have started to approach this aspect with some rigour then my post processing effort has reduced significantly i.e. by over-stretching to try to create data which isn't there was causing the histogram to fall apart and becoming 'gappy'. I have come to believe that the histogram is like an elastic band - stretch it too much and it breaks!

Brian informs me that he is on holiday at the present time. When he returns he will work on an informative reply.

My methodology (evolved by discussions with Brian) when using a CMOS camera is to:

Unity gain is a reasonable value to use for starters. However for higher dynamic range objects I use a lower gain to try to avoid saturation having opted now for a strategy of longer exposures (which seems to be delivering better images for me). The reality is that for a given camera I usually use the same gain, so the offset values are soon learnt but I always check to leave nothing to chance (saves wasted nights).

So for the cameras I have, when using: This is a useful article (but not an easy read)
http://www.stark-labs.com/help/blog/fil ... Offset.php

I have found that since I started paying more attention to the capture details, I have needed less processing of the stack to obtain a finished image. It does mean taking several test frames before commencing an imaging run but a few minutes against say a 1 hour imaging run is time well spent in my opinion.