I've begun to have severe issues with dropped frames with my ZWO ASI 294MC Pro/SharpCap combo. I am using the most recent (just posted) version of the 64-bit SharpCap at RAW 16 on USB3 with a brand new Windows 10 Dell laptop.As an example of what has started happening the last few nights, I started off imaging with my ASI 224MC camera, then switched to the 294. A while into the imaging session using LiveStacking, I noticed the stack no longer updating (and not because of any issues with alignment). I cleared the stack, went back to preview mode, and saw that every frame was being dropped. In checking the log, it looks like a timeout issue.

I tried various things, from closing and reconnecting the camera, unplugging and replugging the USB cable, and shutting down and restarting SharpCap. I could get it back to working for a while, but then the frame drop problem would return. In general, I was using anywhere from 8 to 20 second exposures with a gain of 300, but once the frame drop problem started, changing gain and exposure had no effect. (I did not try changing the color space.)

A few logs are attached - the long one from the beginning of the session where it started out normal and then had problems well into the session. The other two are from where I shut SharpCap down and restarted to see if that would fix it.

Most of the drop frames in your logs seem to result from SharpCap having to wait too long for a frame to be delivered from the camera.

For exposure lengths above 11 seconds on ZWO cameras, SharpCap waits for the total exposure length, then an extra 5% of the exposure length then an extra 15 seconds before it declares the frame dropped. This is enough time to download the frame even on a USB connection if everything is working as it should. The fact that this sort of timeout is occurring means that the communication between the camera and the computer is faltering.

It's certainly worth running through the steps on the USB troubleshooting page here - viewtopic.php?f=18&t=349&p=1556#p1556 - to see if anything helps. In particular turned down the Turbo USB parameter in the controls and see if that helps stabilise things.

Thanks for your usual quick response. I noticed the same thing, which surprised me since it is a USB3 connection. I wish I could easily replicate the issue, but it seems to be occurring well into an imaging session (i.e., time-oriented rather than any specific action or setting if that makes sense). I assume the problem would be manifested the same way if there was something wrong with the camera such that it stopped taking or sending frames altogether?

I will go through the USB troubleshooting steps and see if that helps.

Edit: I just went into the USB host controllers properties page and saw that "Allow the computer to turn off this device to save power" was checked for both the USB3 controller and the USB3 root hub. I always turn these off (uncheck them), but forgot to do this with this new laptop. Hopefully, that is what was causing the issue! (Note: this particular setting is not mentioned in your USB troubleshooting tips.)
Top


Allow the computer to turn off this device to save power

Note: this particular setting is not mentioned in your USB troubleshooting tips

First part of my post in the USB troubleshooting tips thread says:


If there are still problems after carrying out the above basic checks then try turning off the USB Selective Suspend.

See https://www.windowscentral.com/how-prev ... sb-devices. This is for Windows 10 but does apply to Windows 8.1 and 7.

Your first post of the USB troubleshooting thread contains a link to a web page showing "How to disable Windows 10's 'USB selective suspend' setting." However, this does not apply to the laptop I am using to run SharpCap. Although it is running Windows 10 there is no "USB settings" selection (and hence no "USB selective suspend setting") under the power plans in the Windows control panel.

You do not have the link or reference to the Root Hub Power Management tab method in that post, and it is not included in Robin's USB troubleshooting steps. However, it is a commonly used technique that I am very familiar with, and I think it is referenced in ZWO's own troubleshooting FAQ.


Although it is running Windows 10 there is no "USB settings" selection (and hence no "USB selective suspend setting") under the power plans in the Windows control panel.

If I understand you correctly, that means if you follow these steps below, USB is not listed? Interesting, I would like to see the equivalent screen dumps please as this may be another scenario that has to be catered for. 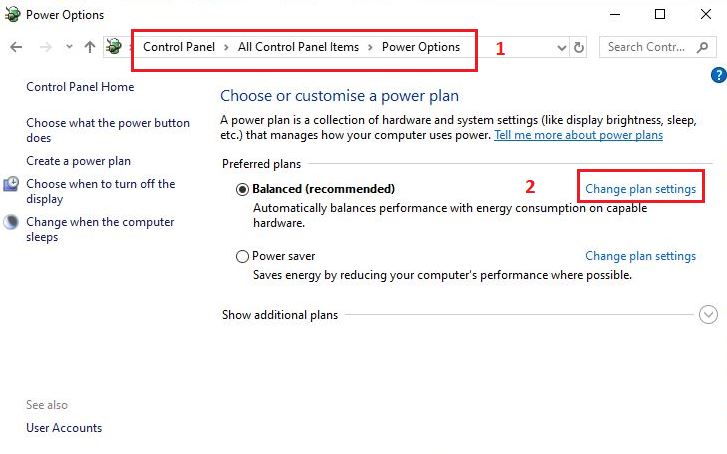 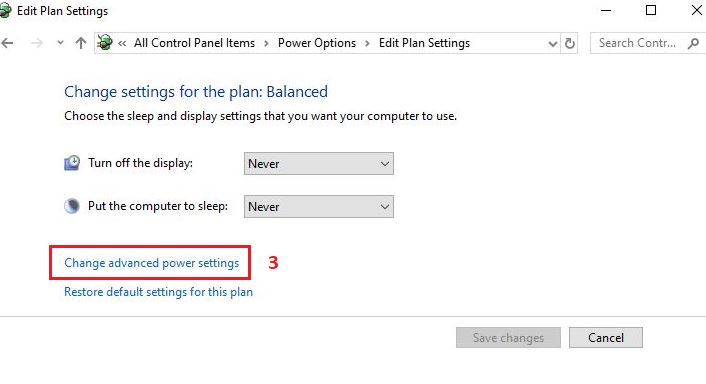 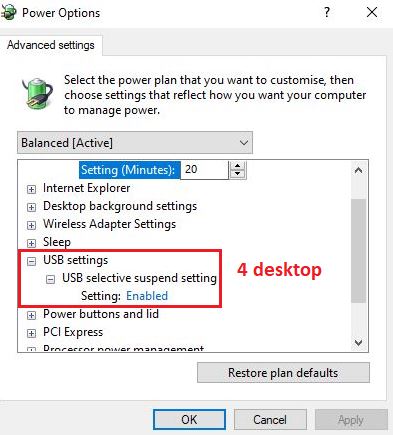 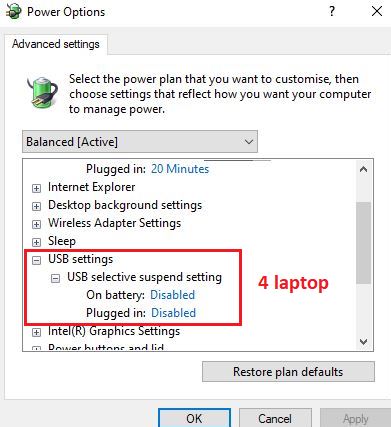 
You do not have the link or reference to the Root Hub Power Management tab method in that post, and it is not included in Robin's USB troubleshooting steps. However, it is a commonly used technique that I am very familiar with, and I think it is referenced in ZWO's own troubleshooting FAQ.

I do not have the link in my post because the USB Suspend method needs to be actioned in only one place. With Root Hub Power Management, it has to be done for each Root Hub, therefore more chance of error. All the 'current' Microsoft documentation uses USB Suspend and it is a valid technique that is applicable to Windows 10, 8.1 and 7.

Well, ok. Turning USB power saving off thru device manager has been valid and around since powered USB devices first became available 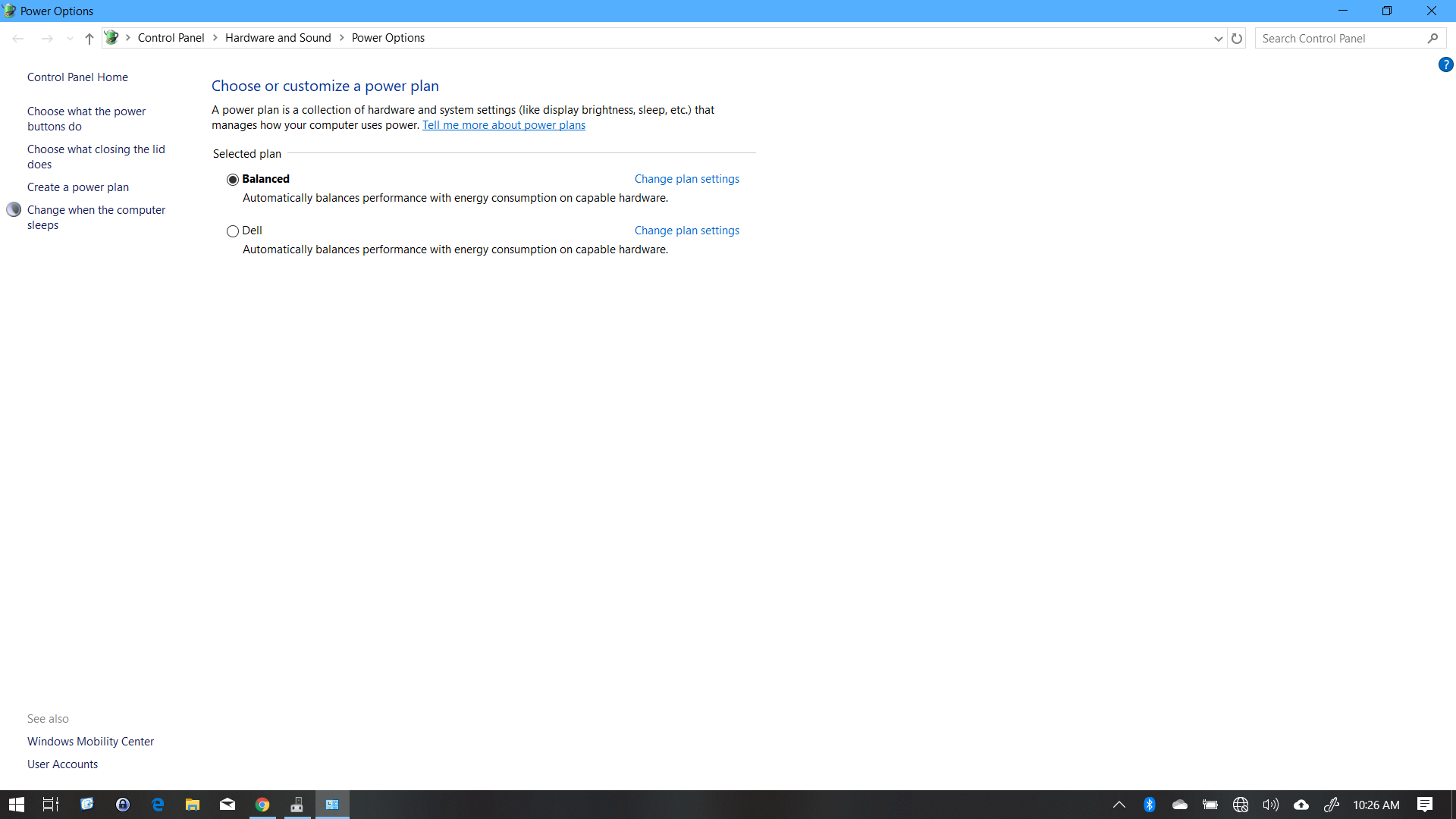 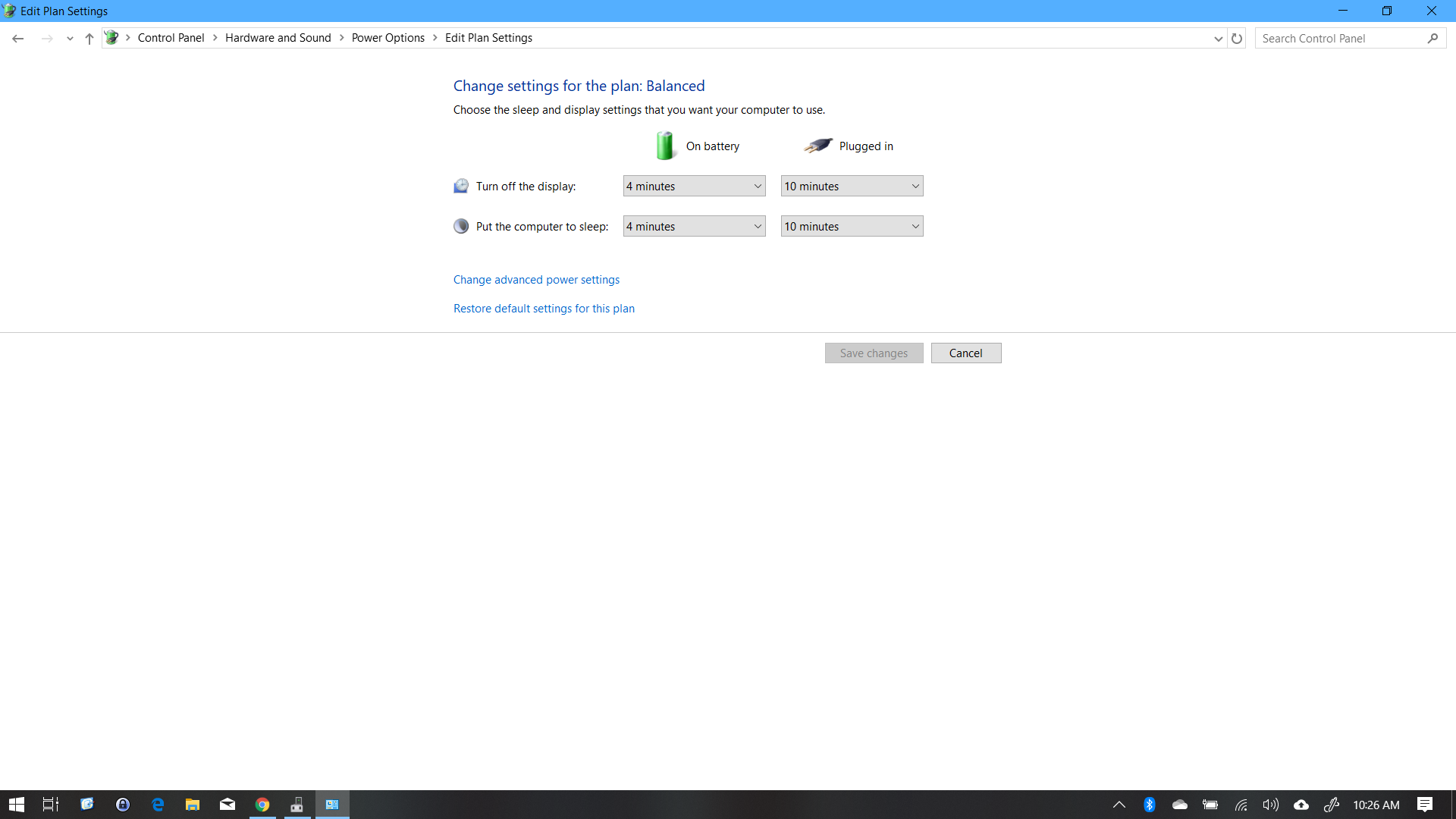 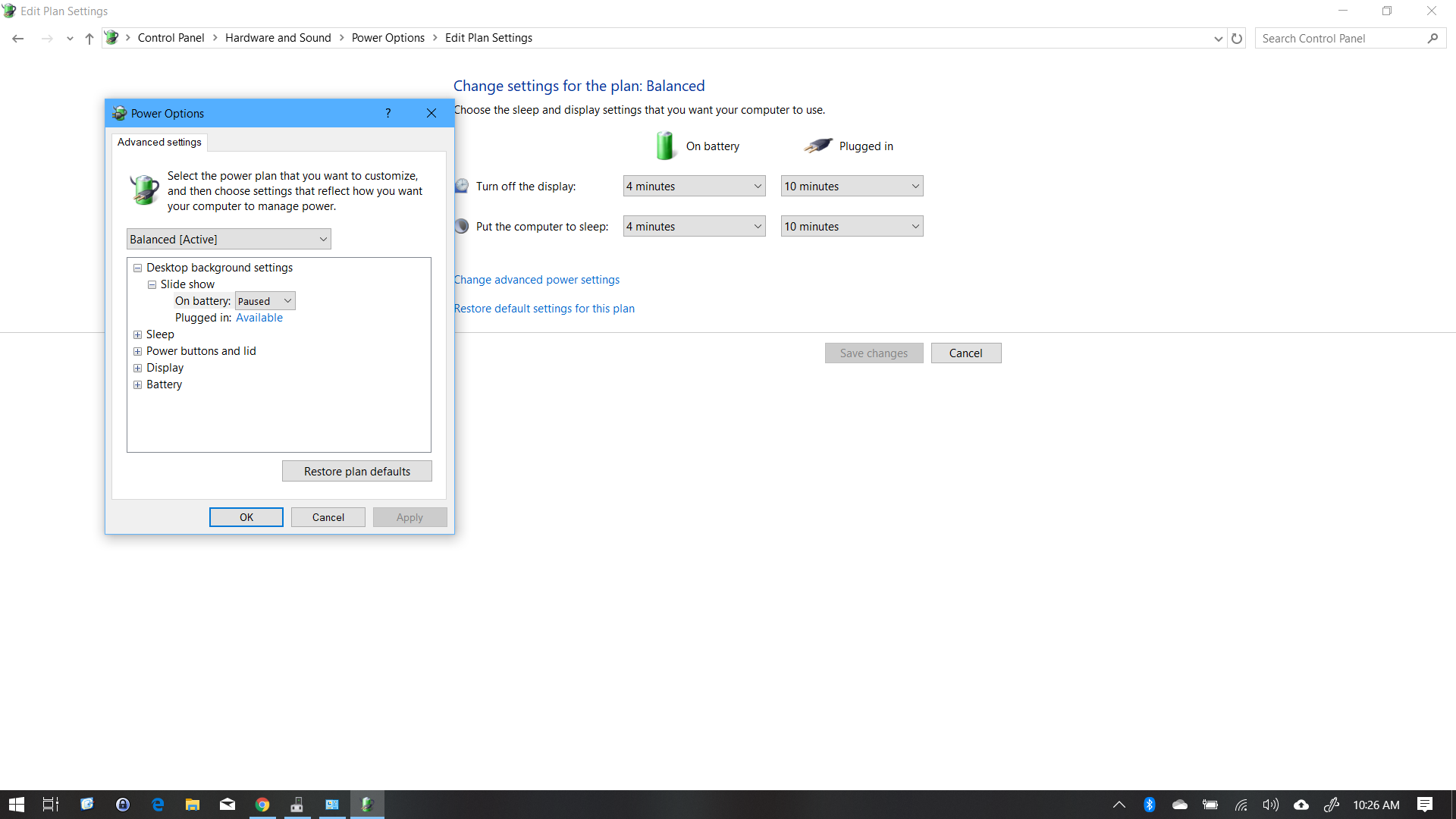 Thanks for posting the images. As I said in my previous post:


this may be another scenario that has to be catered for

Now I can go away and research this so that I can hopefully amend/continue to produce relevant information which will be of use to members of the forum.

A bit of research on this has turned up many references to missing power plans. This can be caused by Windows updates tinkering with power plans, new machines (particularly laptops) being shipped with manufacturer customised power plans or Microsoft just moving things around in the interface.

Missing power plans can be restored using the powercfg command line utility or via powershell. The powercfg utility is documented at:
https://docs.microsoft.com/en-us/window ... ne-options

At least if I meet missing power plans in the future, I will know how to progress.

I'm back and still experiencing the same issue. I have done enough troubleshooting that I don't think it's a USB issue on the laptop side. The problem only occurs with my ZWO AI 294MC Pro camera. It does not occur when using my ZWO ASI 224MC camera. I can move the USB3 cable connection from one camera to the other and back-and-forth and have nearly all frames dropped in preview mode when it is connected to the 294MC Pro, but not have frames dropped when connected to the 224MC camera. I can also switch between laptops using the same USB3 cable and observe the same behavior. As before, the log shows the dropped frames are of the type ZWO timeout.

What is interesting is that the frame dropping occurs within about a second, regardless of the exposure time selected. That is, if I select a 15 second exposure, it starts dropping frames within the first second and continues to drop frames about every second. SharpCap is not waiting for the total exposure length, then an extra 5% of the exposure length then an extra 15 seconds before it declares the frame dropped. The log shows an exposure of 15000 and a timeout of 37050, but that did not seem consistent with what I observed.

Now, this behavior does not occur all the time. The camera seems to work okay for a while, but when it starts exhibiting the behavior, I can sometimes recover "normal" behavior for additional short periods of time by shutting SharpCap down and starting it back up again. However, after a little while, the abnormal behavior becomes constant. It almost seems like the problem may be connected with colder outdoor temperatures. The camera was taken from indoors at around 70 degrees to the outside at about 55 degrees when the session started. It cooled down to about 45 degrees during the session. The camera was working fine at first, then started exhibiting the abnormal behavior. After bringing it back inside, it continued to exhibit the abnormal behavior for at least half an hour, but then began working normally again. (At that time, the temperature reported in the SharpCap camera thermal controls was 28.9, which seems rather high compared to the room temperature of around 67 degrees F.)

I have attached a portion of the log where the problem was occurring with an exposure time of 15 seconds. You can see there is a warning of dropped frames about every second or two even though the exposure time is 15 seconds. I believe this log is from the session indoors where the camera/SharpCap began working normally again, but i can't point you to the time in the log that this occurred.