This will be the third try at a proper dark mode for SharpCap, and hopefully the final one too

The first dark mode in early versions of SharpCap was very basic - roughly speaking it was a digital equivalent of a red sheet of film over the display, muting the colours of everything except the camera image display.

The second dark mode is what you see now in SharpCap 3.2 and 4.0 - the familiar orange-on-black display that mostly works pretty well, but has a few glitches and niggles:

* Some things either cannot be turned to dark mode or are ridiculously hard to do - scrollbars, the window title bar, some bits of the dropdowns in the toolbar
* At times you see a flash of light mode before things turn to dark mode - particularly when opening a camera and the controls appear for the first time
* If you flip between dark and light mode then you get strange effects, like orange text staying on some things when you go back to light mode
* Some things are harder to see in dark mode - highlighting on pressed buttons, etc.

New dark mode (shown below) fixes pretty much all of these issues and brings some additional benefits - read on for more info... 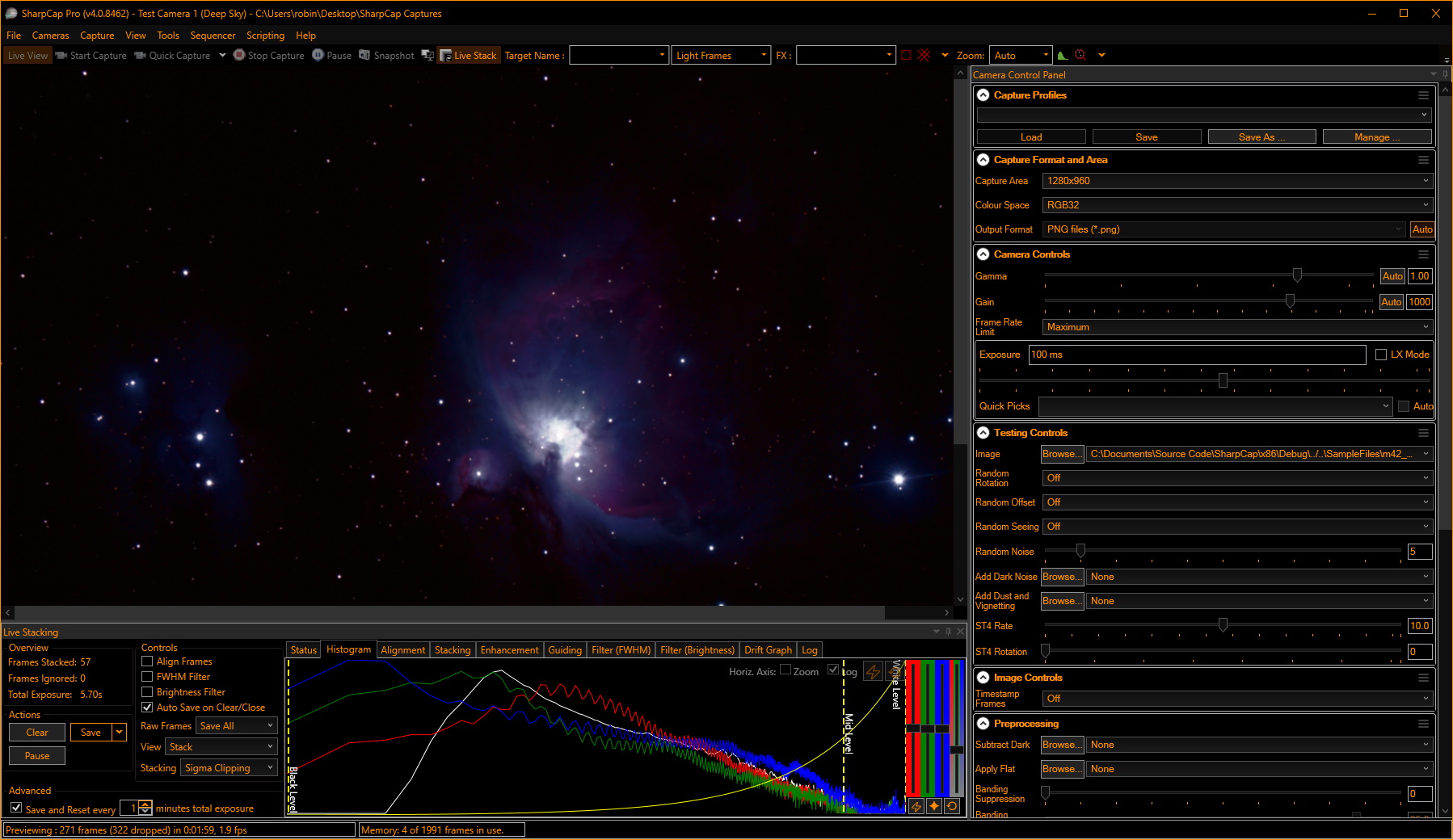 You can see in this screenshot that things like the window title bar and scroll bars are now dark, although if you look closely you will spot some minor changes between how this screenshot looks and how the current SharpCap 4.0 looks beyond the colours. This is because the whole of the SharpCap main window, menus, toolbar, status bar, image display and more has been re-written in a different technology. While things are largely equivalent, there are some differences - such as the inactive buttons in the toolbar still showing some colour and the menus looking a bit different. I'm not intending to try to chase down every single different pixel, but I will address any differences that make it harder to see/use/interact with the application if such arise.

The change to a new technology for the main user interface of SharpCap brings a number of additional improvements (either now or in the future). These include

* More work on displaying the image is done by your computer graphics card (GPU). This reduces CPU usage when working with high frame rate cameras
* You can zoom the image further in when working with high resolution cameras - previously the zooming ability stopped when the size of the image multiplied by the zoom factor exceeded 65535 pixels in either direction (so for instance you would be limited to about 10x zoom on a 6000x4000 image in the old UI).
* Better support for high DPI monitors (and also for systems with a mixture of high DPI and normal DPI monitors). This may require more work to fully enable.
* Improved stability of overlays drawn on the image - for instance the pixel value readout overlay could flicker for high frame rate cameras when the image is zoomed in the old UI

From a technical point of view, moving to the new technology stack is a welcome step in the evolution of SharpCap - it's taken about 3 to 4 weeks to make the visible changes that you can see above happen, but that's only been possible because I have been planning and preparing for this change for about 2-3 years (on and off)!

From the user point of view, initially the new UI will be hidden unless activated by a command line switch. I'm hoping that some of the adventurous among you will try it out and report any gremlins or issues that you find (there are bound to be some in a change of this size, and new sets of eyes on it will be welcome as they will spot things that I am just not seeing). After a suitable period of refinement and testing, I will change the default over to the new user interface, and then eventually remove the old one.

Looking good Robin!!
And surely want to try it and see if I can spot some Gremlins

When released I'm looking forward to the command line switch.

Seems a lot of work you have done, Robin

I'm looking forward to it too.

- Can you quantify this?

Note that about 8% CPU usage in either case is down to debayering, so with an equivalent mono camera, the results would be about 9.5% and 7% respectively.

Not a massive improvement, but worthwhile.

I have just uploaded the new version that allows this new UI to be tested. The only way to switch it on currently is to use the '/newui' command line parameter - ie.

or, for 64-bit SharpCap users

Note that your choice of new UI will not be remembered - you need to specify the command line parameter each time you run SharpCap to get the new UI. This is deliberate at the moment so that no-one gets stuck in the new UI if there are any unforseen significant problems with it. After a suitable period of testing and feedback, there will be a way to make it your default so that the command line is not needed every time.

CustomButtons do not load in the new interface (ie):

There are issues, Robin.

SC starts normally in all cases w/o the switch. 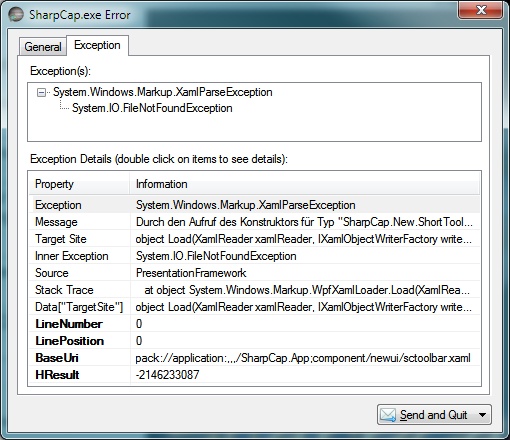 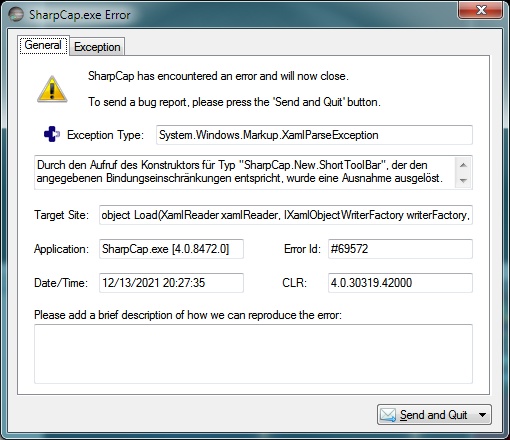 thanks, I think the Win7 thing is a missing DLL, and I can see roughly what is going on with the custom buttons. No idea on 'no dark mode' in Win10 - it's not just that it starts in normal colours and you need to use the menu or press F12 to toggle to dark mode is it?

Regarding W10 obviously my mistake, I didnt implement the commandline switch in the right way. I just tested only with the W10 21H2 system - I think this is o.k. (?). 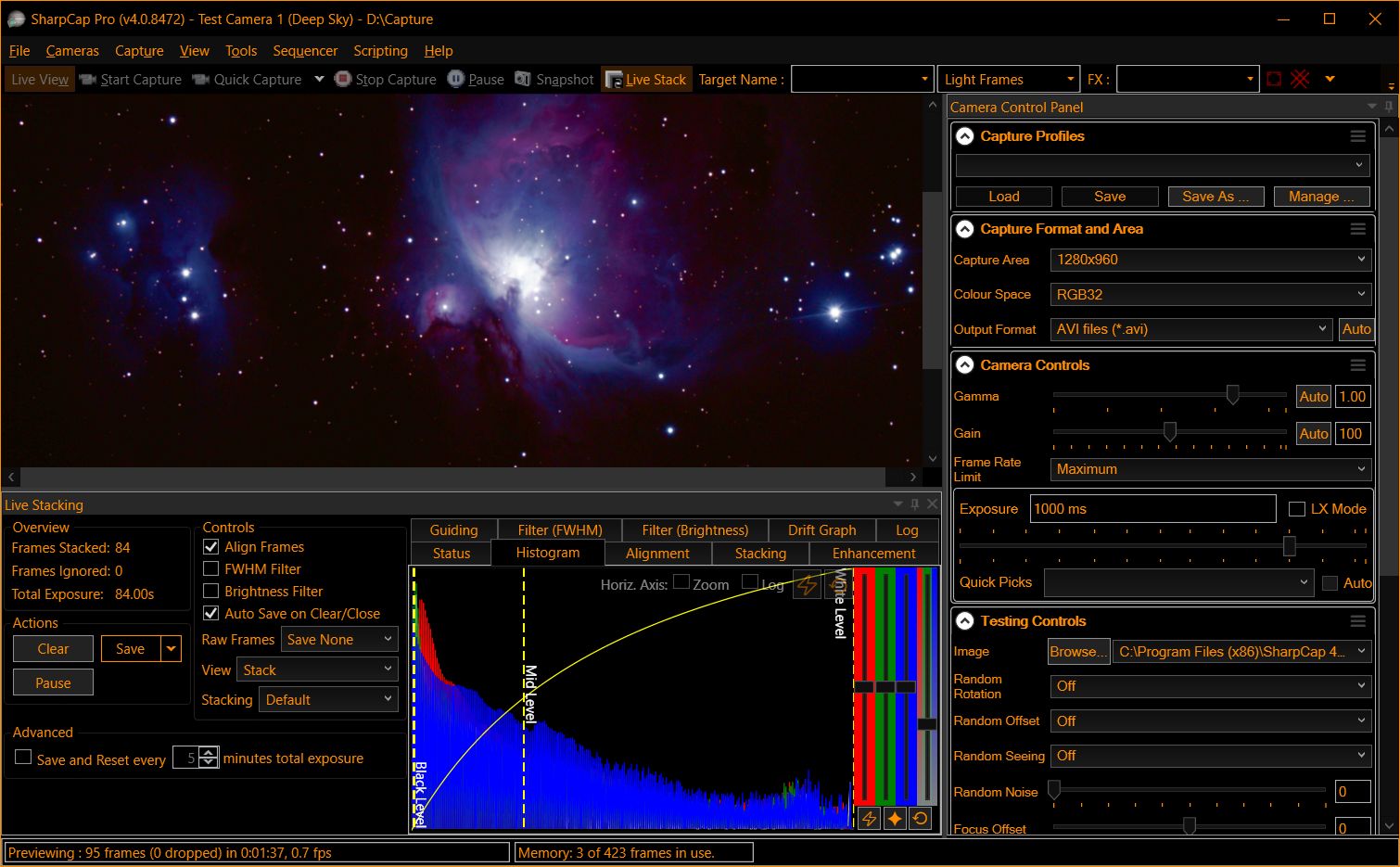