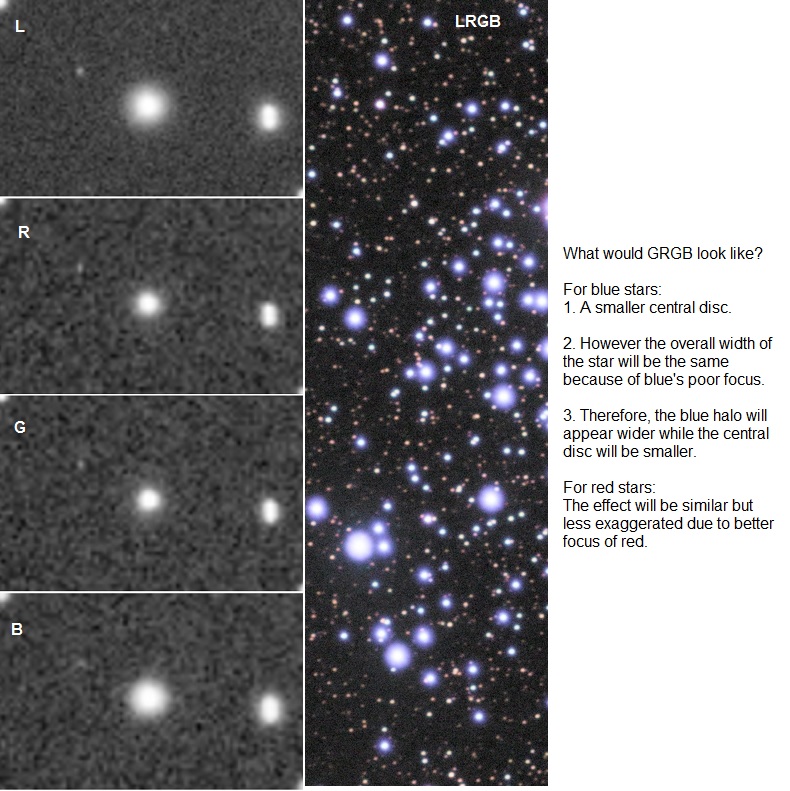 by mAnKiNd
I've come across these headaches in the past, so I will share some thoughts I've had.

by oopfan
Some encouraging preliminary results!

by oopfan
All right, I had a challenging session last night (98% Moon and high clouds) but managed to get in one hour of data. I chose a loose cluster of stars in Canes Venatici. Red stars and Sun-like stars, unfortunately no blue stars.

by AussieHowie
Yellow #12 has long been touted to be equal or even better than most fringe killer filters. And much less cost. Be sure to include that in your tests. Several forums have had folk test #8 and #12 yellows with and without UV/IR cut filters co-fitted and comparisons made against high end fringe killers.

by oopfan
As promised, here are the results of LRGB vs GRGB: 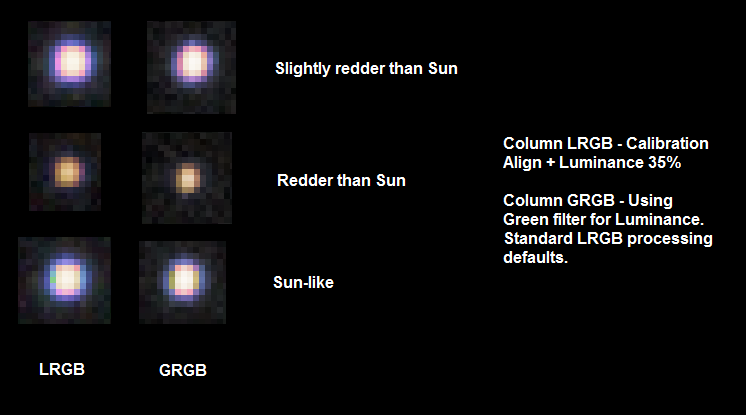 Brian
All times are UTC
Page 1 of 1