Why do we stack frames?

Why do we stack frames?

by turfpit
The data is a set of 100 lights (60s exposure, gain 200, black_level (offset) 30), 60 darks, 100 bias, 100 flats taken with an Altair 183C + Vixen 81s refractor. The master dark, bias and flats were created once and used thoughout the test. A single, 2, 5, 10, 25, 50 and 100 stacks were created. The software used was Siril. Each stack was processed in exactly the same way - crop, background extraction, colour calibration, colour saturation, remove green, noise, histogram transformation, save as PNG (all mouse clicks on pre-defined values and no 'playing around with sliders'). The PNGs were reduced to 15% of original size and saved as JPG (90% compression) using FastStone Image Viewer.

The images are somewhat degraded due to JPG compression and the constraints of the forum's file size limit. A difference can clearly be seen with the PNGs. Even the 50 & 100 stacks look different, the 100 clearly having more stars. Full size 100 stack here https://www.astrobin.com/412451/0/ .

The reader can make up their own mind and maybe go on and conduct their own investigation.

[Note: the single frame was loaded into PIPP; had the Siril generated master dark & master flat applied, debayered, saved as a FITS frame and post processed in Siril.] 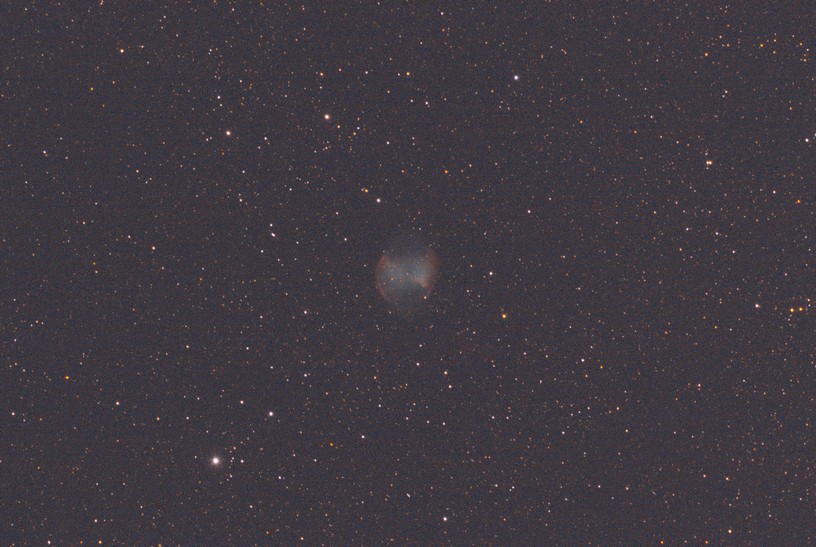 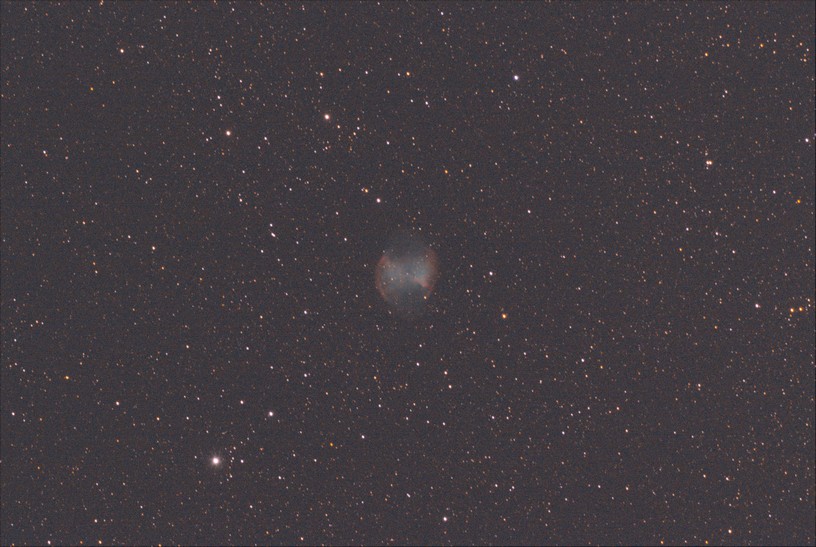 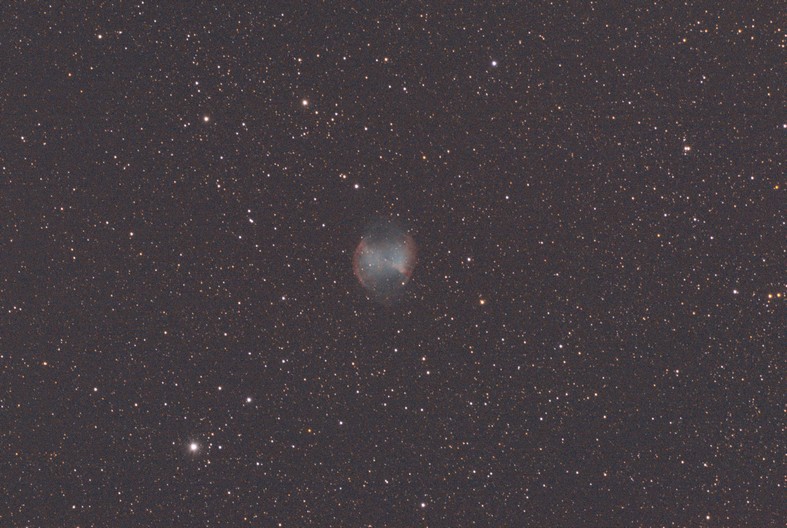 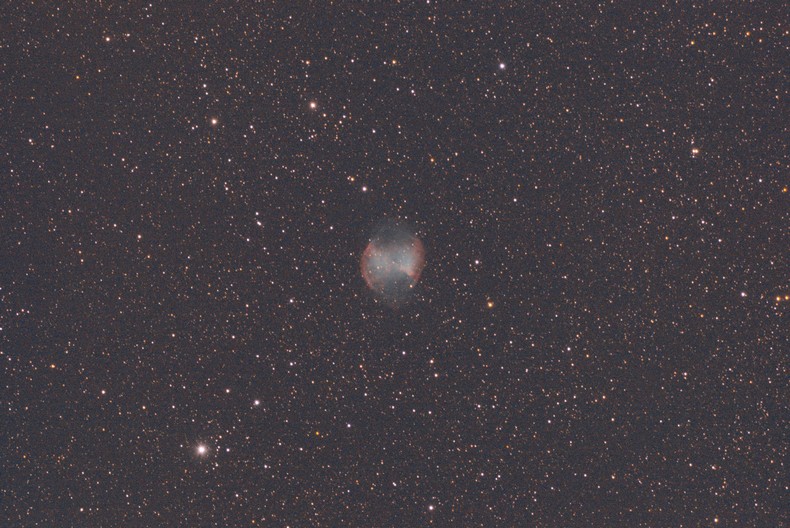 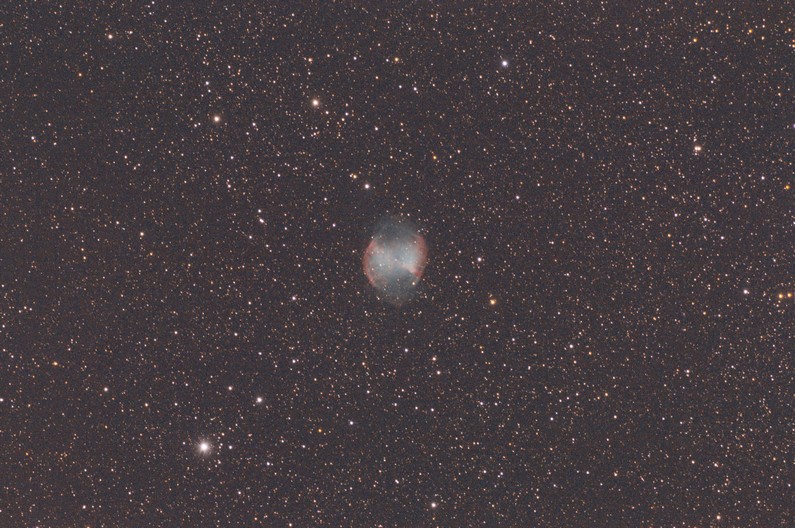 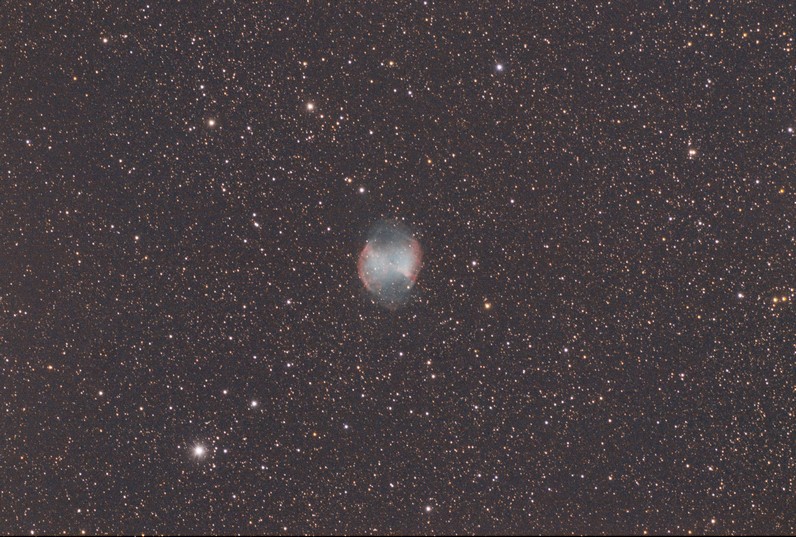 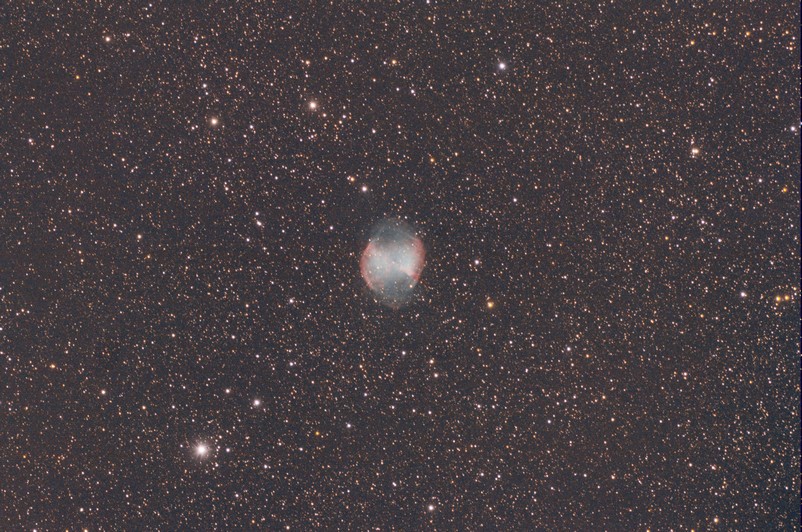 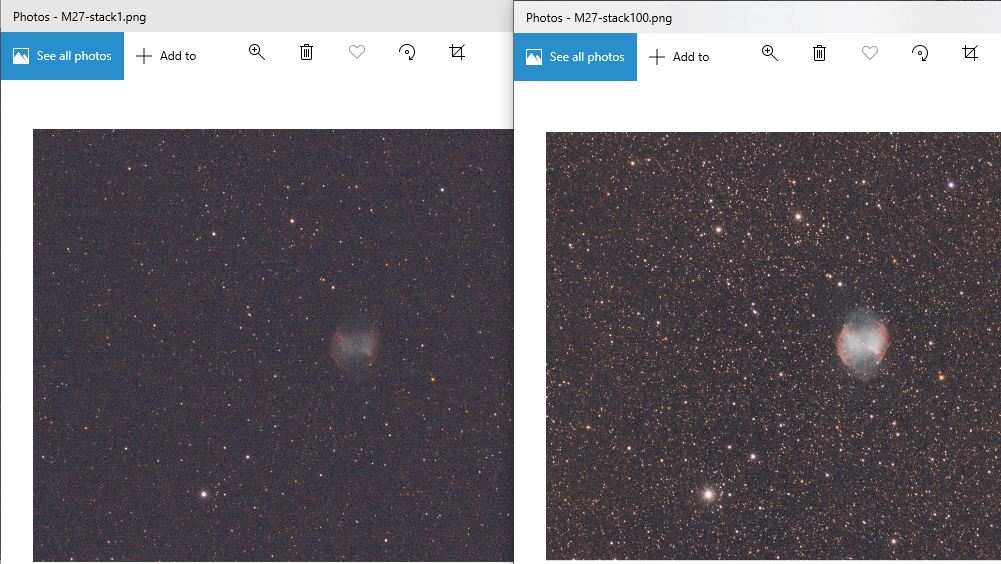 Re: Why do we stack frames?

by carlwagle
Thanks that was really very interesting and the best directions for anyone having such problems as I have had that may in fact have to abandon SC in order to stack pictures dealing with nebulosity,,,, very encouraging too. And by chance you are illustrating with the very image I have been having trouble with, M27..

As I said earlier I can get a descent single JPEG picture (as good as yours) showing the faint image, so I take a train of them and stack them with some other program.

OK,, I will bookmark all this and save it for when I find out I will have to go further afield than using only SC. But I'm not going to give up on it just yet unless someone tells me that I must. It could be PERHAPS all straightened out by holding down the CTRL KEY while opening onto my ZWO camera. Who knows?
Carl Wagle
All times are UTC
Page 1 of 1