When I was taking a course on CCD Photometry with the AAVSO this past February I asked the instructor how he would solve my problem having an uncooled camera. I hadn't yet come up with my idea of a Temperature Logger so I was at a loss of how to capture a 2.5 hour long sequence of a short-period variable star. He suggested taking two lights and then one dark. This is not difficult for users of CCD cameras because some (many?) of them have mechanical shutters. I don't have that option with a CMOS camera, so another option was to run outside in the freezing weather every 3 minutes to place a lens cap over the objective and then push a button to collect one dark, and then run back inside to warm up and take 2 light frames using the remote connection to the telescope, repeat again and again and again. The last option that he suggested was to capture darks before and after the 2.5 hour sequence and average the darks together in a master dark. That's what I did.

Back then I had a manual filter wheel with a dark filter in the carousel. In the cold temperatures the wheel was difficult to turn. Months later I purchased an EFW. Much, much better but still I've found that it is good to refocus after every turn of the wheel. I don't yet have a powered focuser motor but plan on it soon. Of course it would be great to be able to script all of this. I know that this is possible with SGP.

I've attached the report that I generated with a program called VPhot. It shows the light curve of the variable star YZ Boo. Over the course of 2.5 hours it dimmed 0.5 magnitudes. These are 100-second exposures at low gain. Calibration frames were applied to each frame but no stacking. The reason for the low gain is to capture a wide range of comparison stars at high enough SNR to be statistically significant. You can't achieve that at higher gains. There is a graph called Sky Glow. The quarter moon was at the meridian when I began and was about to set when I finished. These were taken with a "V" photometric filter ("V" = Visual = wideband green.)

PS: I wanted to elaborate on calibration using alternating lights and darks: it's work but you could create a set of "rolling darks", meaning that at time 't' you create a master dark of the previous 20 darks which you then use to calibrate the light frame at time 't'. As time marches forward you create a new master and apply it to the light at time 't+1'. This is a much better solution than creating just one master dark from all of the darks collected. I've yet to try this but it sounds like a great project for a summer intern! There is opportunity to write software to expedite creation of "rolling darks". I haven't looked into it but it doesn't seem like it should be rocket science to create a master dark in C#, JavaScript, or whatever your choice of software. Also, I do have a 3D printer, servos, Arduinos, and the skill to create a robotic lens cap. This could work for AP as well as Photometry but still there is the reality that your session under the stars will be longer than need be because you are collecting lights AND darks. But I admit that this isn't quite the same as the solution you used with your DSLR. 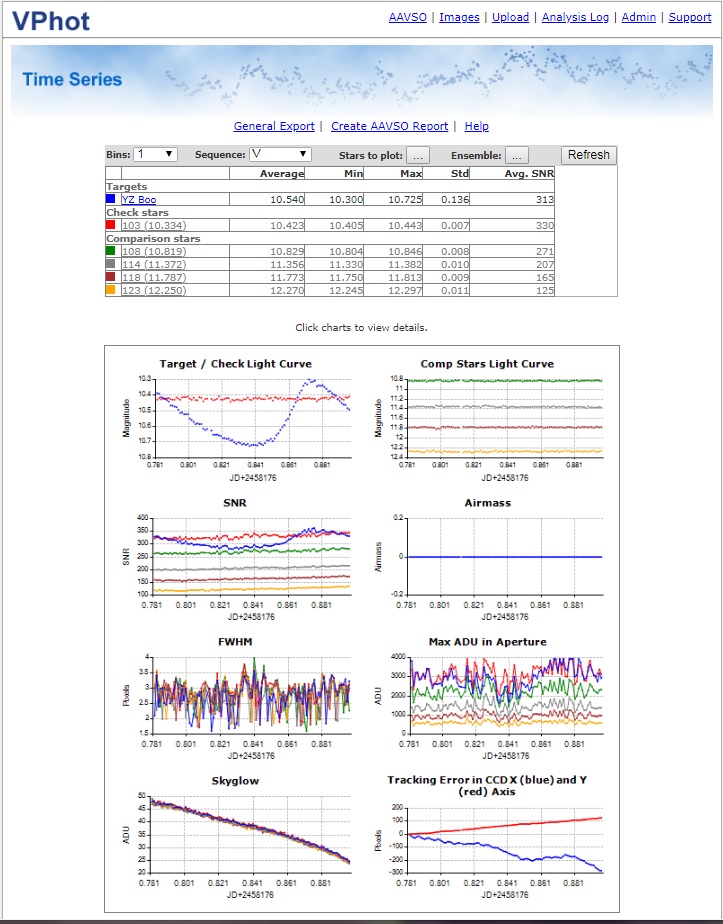