Using a narrowband filter and MONO camera it is possible to detect HII very sensitively and then combine this narrowband signal into RGB images to highlight the particular galaxies and regions where HII is being formed - and associated with the very recent formation of hot UV-emitting stars.

However an HII filter (656nm) - depending upon how narrow it is - works only out to a certain distance beyond which Hubble flow (~ 70 km/s/ Mparsec) starts to matter. For example - ignoring local peculiar velocity - at 60M light years Z ~ 0.0043 the HII line is stretched by 0.43% from 656 nm up to 658.8 nm. Local movement towards or away from the Earth may considerably modify this Hubble recessionary velocity so that the observed red shift is considerably different from the Hubble value.

It struck me that an SII filter (672 nm) could serve as a tool to pinpoint star formation and HII in much more distant galaxies - i.e. galaxies at a redshift Z value of ~ 0.025 and at about 350 M ly. Also an interesting amateur backyard experiment to provide a sort of general confirmation of the overall consistency of our notions about the Hubble constant, the origin of the HII line, the expansion of space and estimates of galactic distances. Last but not least it promised to answer the existential question of what on earth is an SII filter for and why buy one

So the COMA galaxy group seemed the ideal target to try this out on. Many hundreds of galaxies are detectable - and despite the fact that most are ellipticals or lenticulars and many stripped of gas by their passage past the core there are a few spirals known to be active.

The experiment below combined about 3h of RGB exposures of the Coma cluster with just over 2h of SII - with the SII - red channel difference signal then being added back into the red channel in order to highlight HII regions as red.

Somewhat surprisingly this whimsical experiment seems to have worked quite clearly and first time. Out of the many hundreds of galaxies in the frame just two, IC4040 and NGC4848 can be unambiguously identified as active with, NGC4848 also exhibiting real detail as to where the HII activity is localised to the core ring. A third galaxy, NGC4911 also looks to be active although with HII less clearly localized. It is comforting that bulk of the galaxies are not detected as active. This confirmed that merging the SII difference signal into the red channel had been carried out OK - i.e. the danger would have lain in seeing red everywhere! Furthermore, aside from the fact that most of the galaxies are elliptical or lenticular many others will anyway be expected to be inactive or else their HII signal lie outside of detection by the SII filter. For example the most prominent face on spiral, NGC4921 is both somewhat anaemic being H depleted and, with a known redshift of 0.0183 (lamdba HII at 668nm) would anyway also lie outside of the limits of detection with a 6 nm filter. Expt. details are below ..

Note that the MONO SII frames were selected for sharpness (FWHM arcsec mostly < 2.5)

IMAGE 2 highlights NGC4911. There is a clear but non-localized pinkish tinge to the inner ring of this warped spiral. It is at 378 M ly and described as a starburst galaxy - probably due to gravitational interaction with the nearby lenticular galaxy. Active galaxies are rare near the core of the coma cluster. Redshift 0.0266 --> SII band predicted maximum at 273.3 nm

IMAGE 4 highlights NGC4848. A barred spiral at 340 M light years where a number of bright HII regions form are said to form ring around the nucleus with a radius of 5–10 arcseconds. This region shows clearly in image 4. Unfortunately though this, the clearest of all the active galaxies, is found right at the edge of the frame where there is some evidence of coma. The redshift is 0.0235 which sets the HII band at 271.3 nm and, again, more or less central for detection by the SII filter.

So screening the COMA galaxy in this way does locate the galaxies expected. A rather long write up - but for me the most rewarding astro images so far. 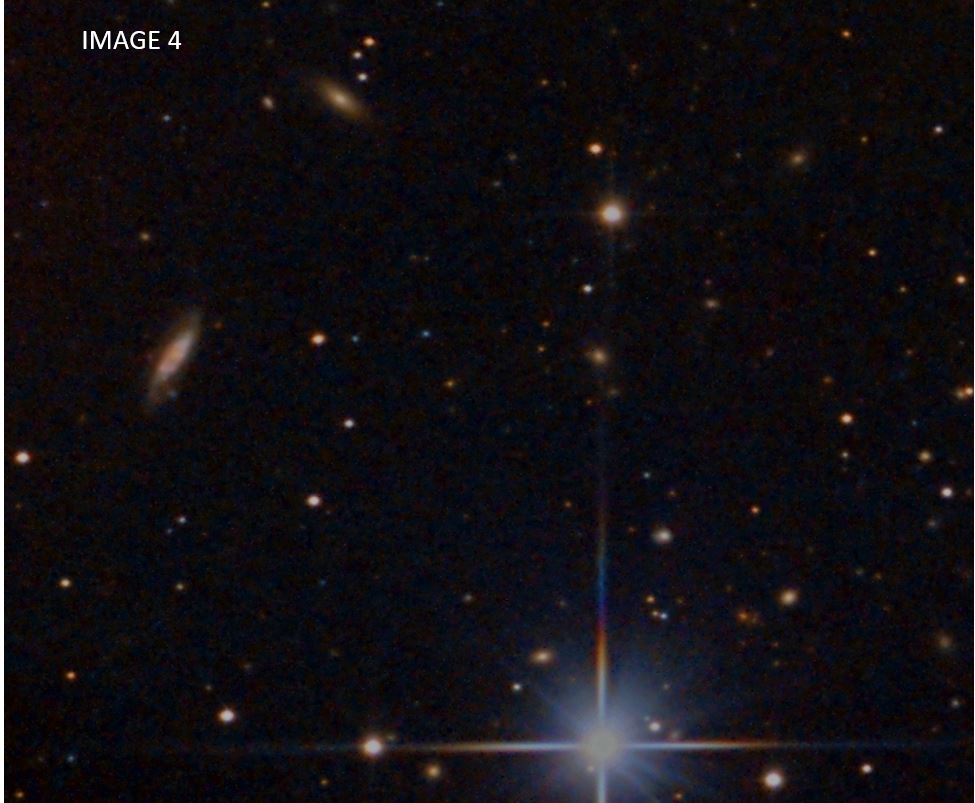 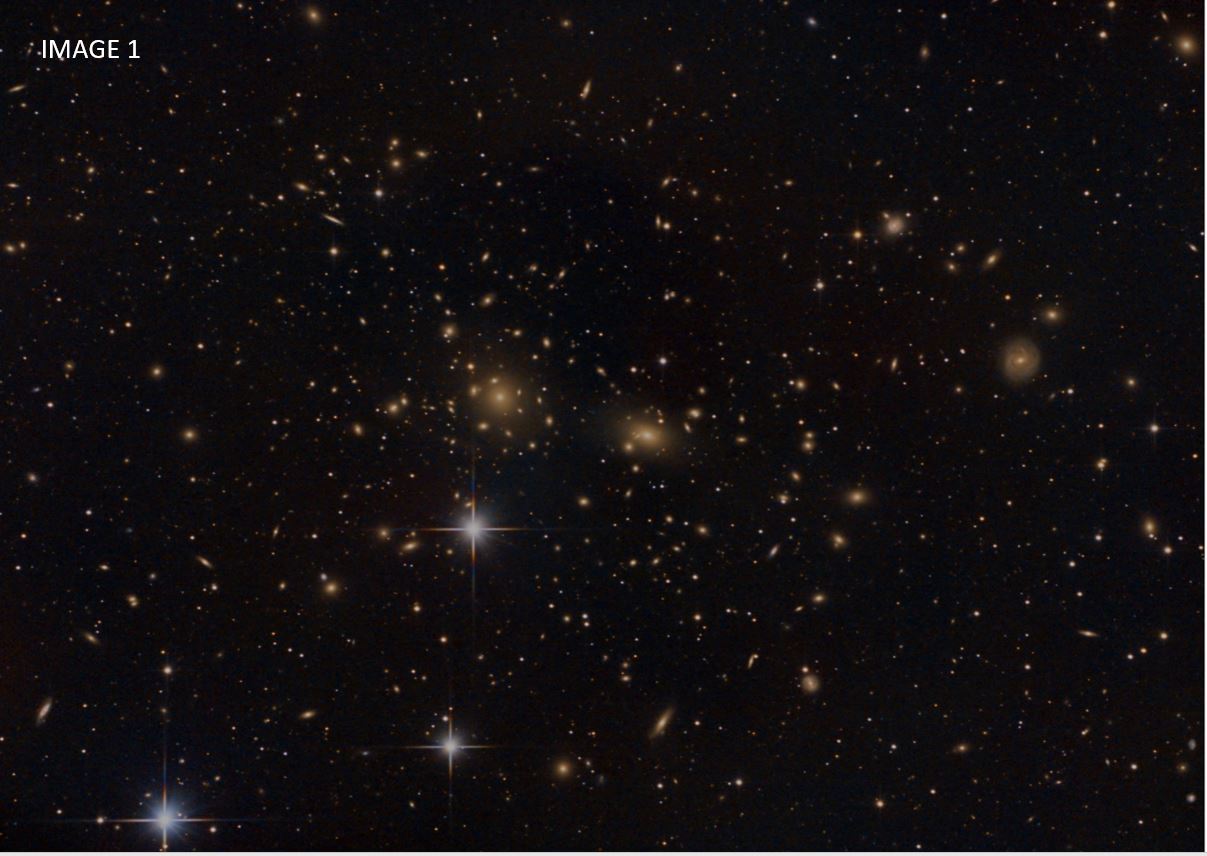 Excellent work! You should look at submitting it to a magazine.

Thanks for spotting that Brian - now fixed - would have made nonsense of the whole thing!
Top
Post Reply
3 posts • Page 1 of 1