The lack of clear skies had me finally spending time to learn something about how to better process images. So I revisited some frames that I took under fairly dark skies (Bortle 4) on a new moon last September. Originally I had used DSS to stack SC-captured FIT files, PixInsight to process the stack and finally a freeware 16 bit only Photo programme to clean up the final pictures. More experienced folk will groan and know all of the following already ... as well as a great deal more.....

Anyway for me the break from observing has been an opportunity to learn firstly that PixInsight is a better tool than is DSS for calibrating, aligning and stacking images - especially with use of the PI tools to preselect the best subframes. Careful side by side comparisons showed that PI stacking produced noticeably sharper images (even before rejecting frames).

Another interesting observation was around the FWHM analysis of each frame. DSS estimated FWHM pixel values of ca 3.3. which worried me because at 1.55 arcsec per pixel the overall resolution would seem very poor (FWHM arc sec > 5 arcsec) and indicate that either my scope or the seeing was poor (PHD2 tracking seemed fine at < 1 arcsec RMS). PI on the other hand estimated the same frames as FWHM pixel ca. 2.0 which is much better and made more sense --the PI value being self consistent with other measurements and across different scopes and the resolution apparent in the images themselves.

Finally I also bought Affinity Photo - a proper 32 bit capable Photoshop type programme but not so expensive - and, again, a big improvement on using the freeware. Anyway - an overlong preamble - . The main problem I have now is in trying to walk the line between appropriate processing and overdoing it!

The attached image of M31 was ~ 100 minutes (after culling about 10% of the frames) of 46s exposures at unity gain and -5C using an ASI 294 PRO colour camera and a WO Zenithstar 110 mm triplet apo refractor at F 5.6 using a WO 0.8X reducer/ flattener. It was taken on holiday under Bortle 4 skies. I was unusually fortunate to a) go on holiday and get a good clear night and b) have the orientation of M31 right across the diagonal of the sensor - also entirely fortuitous.


Happy New year to those on this forum, Tim
Top

Sorry but the OneDrive link doesn't work for me because I run a tight ship. I don't subscribe to their service, so I have no reason to whitelist their web address. You don't want to upload the image file to Robin's web server?

another thing that I have to learn how to do though?

I took a screenshot and annotated it with the steps you should take to add an attachment. The only potential problem, as I indicated, is the file size is limited to 1MB. Now, if your image file is less than that, no problem, but if it is greater then you will need to reduce its size. If that is the case, please write back, there is someone I know who can help. 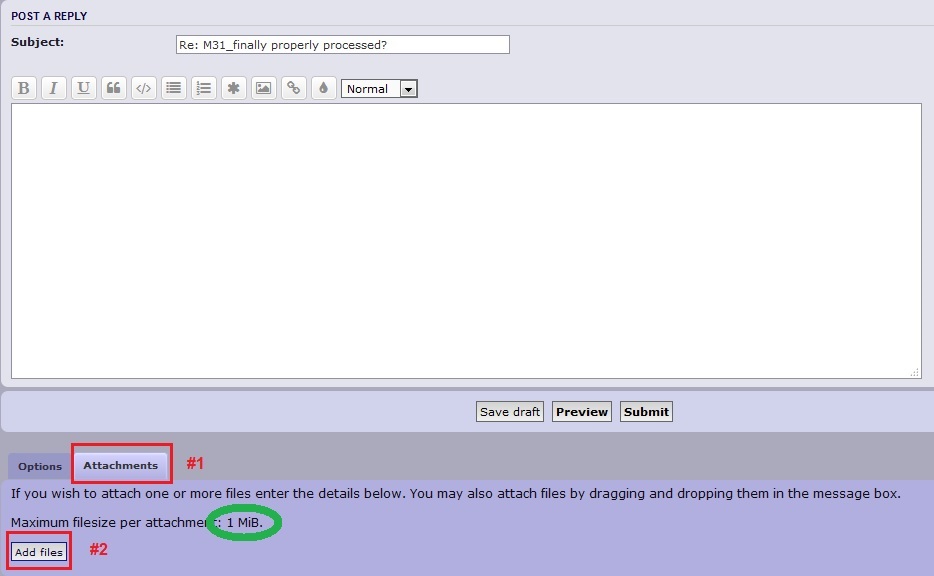 Tim - that is a good capture and process of this tricky object with a high dynamic range. It also shows that revisiting old data with new knowledge can be instructive and productive.

I usually resize (downwards) my images for posting in the forum, aiming for <300Kb, believing that posting the image here is useful to forum users. I use FastStone Image Editor (for convenience) but all the usual candidates like Photoshop and Gimp (plus other software) have Image Resize options and JPG export facilities which can adjust compression. My full size, high resolution images I post to Astrobin (which has functionality specific to astro images). 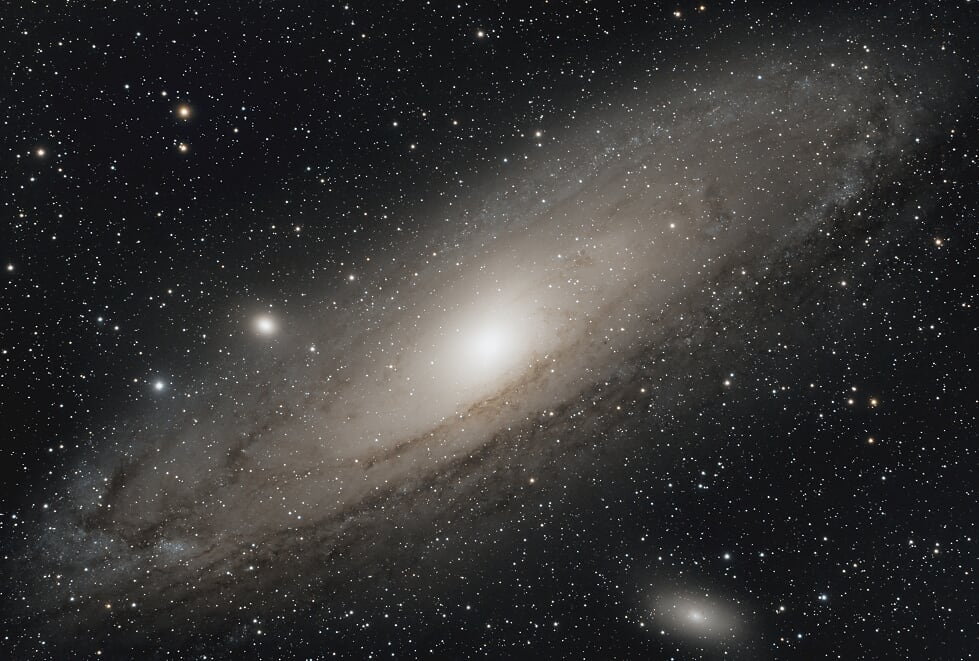 Happy New Year back to you. Congrats - very good work.

Two tips: Make the processing completely in Pixinsight - it has fantastic capabilities ... (but, as you know, a steep learning curve). And: Try to enhance the color saturation a bit, PI has good tools for this. I've allowed myself to make a quick test, only with Fitswork and from jpg. 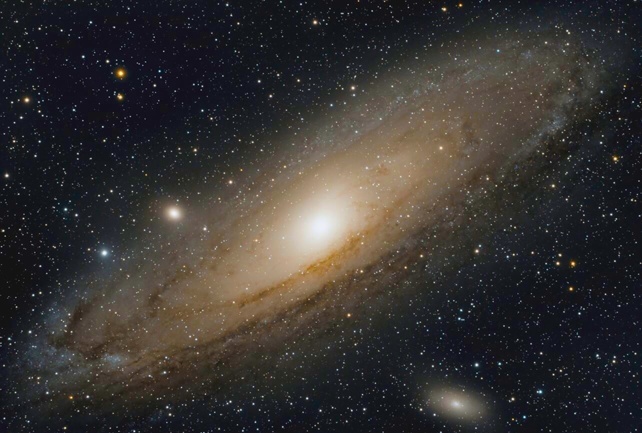 Thanks so much folk for those useful replies. Don't need to load it now

. OK in future I will just downsize images and load them here directly and probably start making use of Astrobin which is a very useful site.

The colorization of M31 looks amazing Christian - now something like a professional poster of M31 that I have on the wall. Clearly a lot more there about PI to learn. The blue star forming regions plus reflection nebulae look much clearer - but I've never understood how coloured the core and dust really should be? or whether that is even a valid question

It does raise the philosophical question of how far to go with colour - https://clarkvision.com/articles/color. ... llar.dust/ is an interesting read on this topic. Most of my images of hydrogen alpha dust and nebulae have probably been too insipid. I get the impression that the 'real' colour of these tends to be intense and rather orange (combined hydrogen alpha and scattering) ---although for aesthetic reasons have always tended to shift them to a deeper red.

Tim,
This is an excellent link on color processing. Thank You.
V.P
Top
Post Reply
8 posts • Page 1 of 1