Please share the equipment used and if possible camera settings to help others.
Post Reply
6 posts • Page 1 of 1

Living at latitude 53N, the months of June/July result in a very narrow window for imaging. I will post my efforts at capturing the moon during the month, as realistically, it is the best object available to me.

10,000 frame capture, 44% waxing moon showing craters Aristoteles, Eudoxus, Endymion, Atlas, Hercules.
This capture was an experiment at imaging the moon during daylight using an IR685 filter. The image was captured around 10 minutes after sunset, when the sky was still blue. High res image at https://www.astrobin.com/full/409771/0/?nc=user 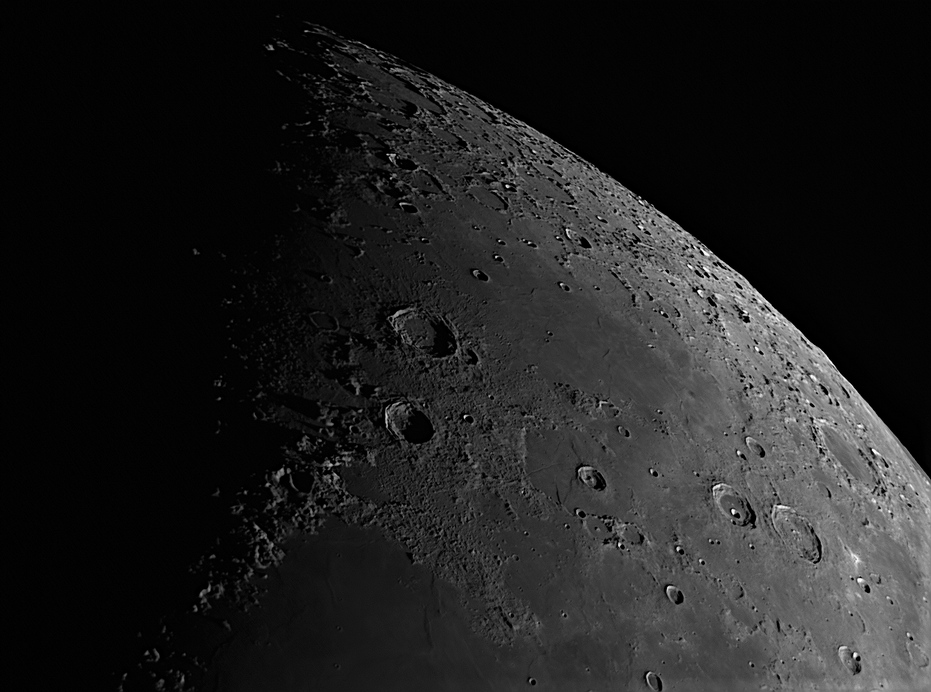 Capture: SharpCap 3.2. Focus was obtained by zooming to 150% in the capture software and using the crater Aristoteles which was large enough to not be in shadow and have some features on the crater floor. Exposure was established using the 'Highlight Over Exposed' tool in Sharpcap, with the log histogram being 60% at the right-hand-side. A short test video was taken, replayed in PIPP SER Player, then stacked in Autostakkert3 to ensure a good capture was made.

Processing: The best 20% of the 10,000 frames were stacked in AS!3. Approximately 800 Alignment Points were used. The frame at 20% was reported as having a Quality of 83%. Processing of the AS!3 sharpened _conv.tif was finalised in GIMP 2.10 with a crop, application of Unsharp Mask, Contrast & brightness.

[Note: the SER file was 12Gb in size and processing in Autostakkert3 took around 8 minutes on a Quad Core Xeon, 16Gb memory workstation.]

At the centre of the image can be seen the crater Aristoteles and below that Eudoxus. To the right is the group Endymion, Atlas, Hercules. Between the two groups is Lacus Mortis. Detailed information on these craters can be found in the Virtual Moon Atlas software. 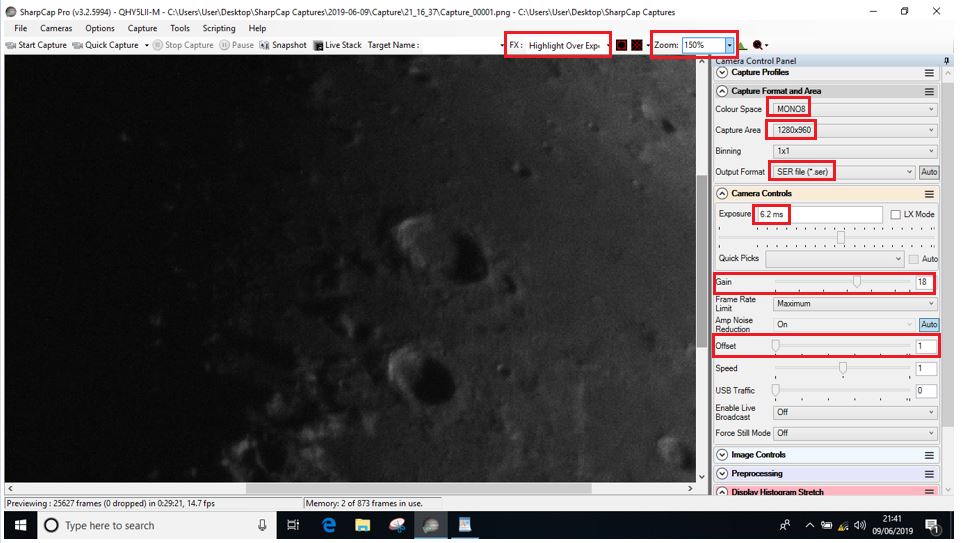 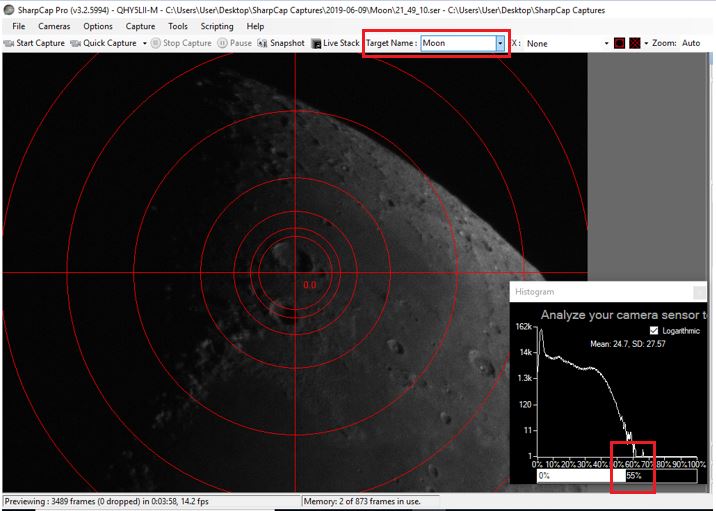 Dave , that is so very good . . . from now on , I will feel guilty for complaining about the moon .
Top

Using Virtual Moon Atlas, there is a observation section which details best times to observe lunar objects. Some of these structures are quite significant - craters 50 miles across and maybe 2 miles deep. The constant changing of the light means that 2 images taken 5 minutes apart can look totally different.

What I can produce today is the result of 2 years of trial and error plus study. The following are captured with the same Celestron C8 scope. The cameras both being USB2 guide cam types. 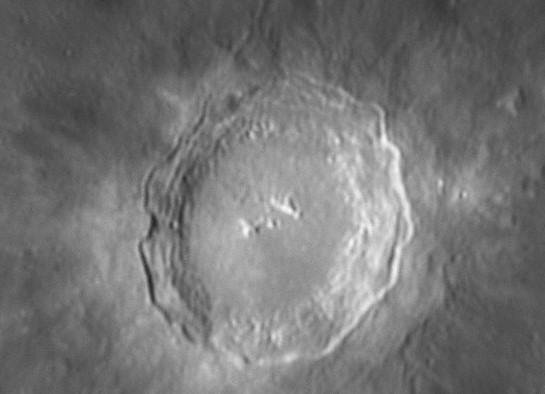 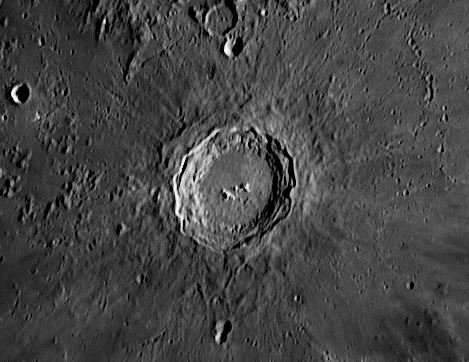 
The improvements can be attributed to better focusing, understanding of the use of filters to help with atmospheric turbulence and better use of post processing tools.

Hoping to capture some 30,000 frame images particularly with an early morning waning moon when the air is clear and the temperature is steady.

I appreciate that you share all of the details of your captures . Now , I have a real place of success , to start with my own learning curve ,
Top

When I was capturing the image at the top of this thread, I acquired 4 sets of data as SER files. These were of varying numbers of frames - 1000, 2000, 5000 and 10000 frames. When processing in Autostakkert, I was using best 20% to stack. At the top left of the image window a report is given of the quality of the frames with the best frame having a quality of 100%. The descending quality is also shown by the green curve on the graph. These are the quality values (where best quality frame has 100%) of the frame at 20% for each capture:

This demonstrates that the bigger captures are worth while.

After the IR685 captures and the arrival of darkness, I moved on to using a 2x Barlow, initially, with no filter. With the sun gone and the temperature dropping, high thin cloud formed. The thin but varying cloud resulted in a fluctuating histogram but an attempt to capture was made. Best 3% of 10,000 frames were stacked. However in processing, with the Barlow magnifying the bad, the result was a noisy image of poor quality. 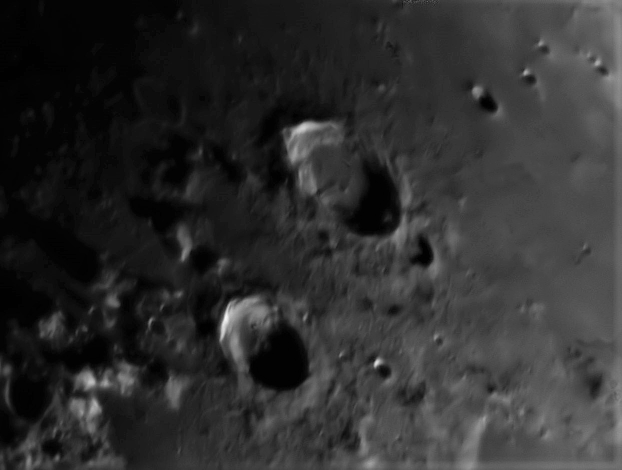 
This really emphasises that effective use of the Barlow lens will require the best conditions.