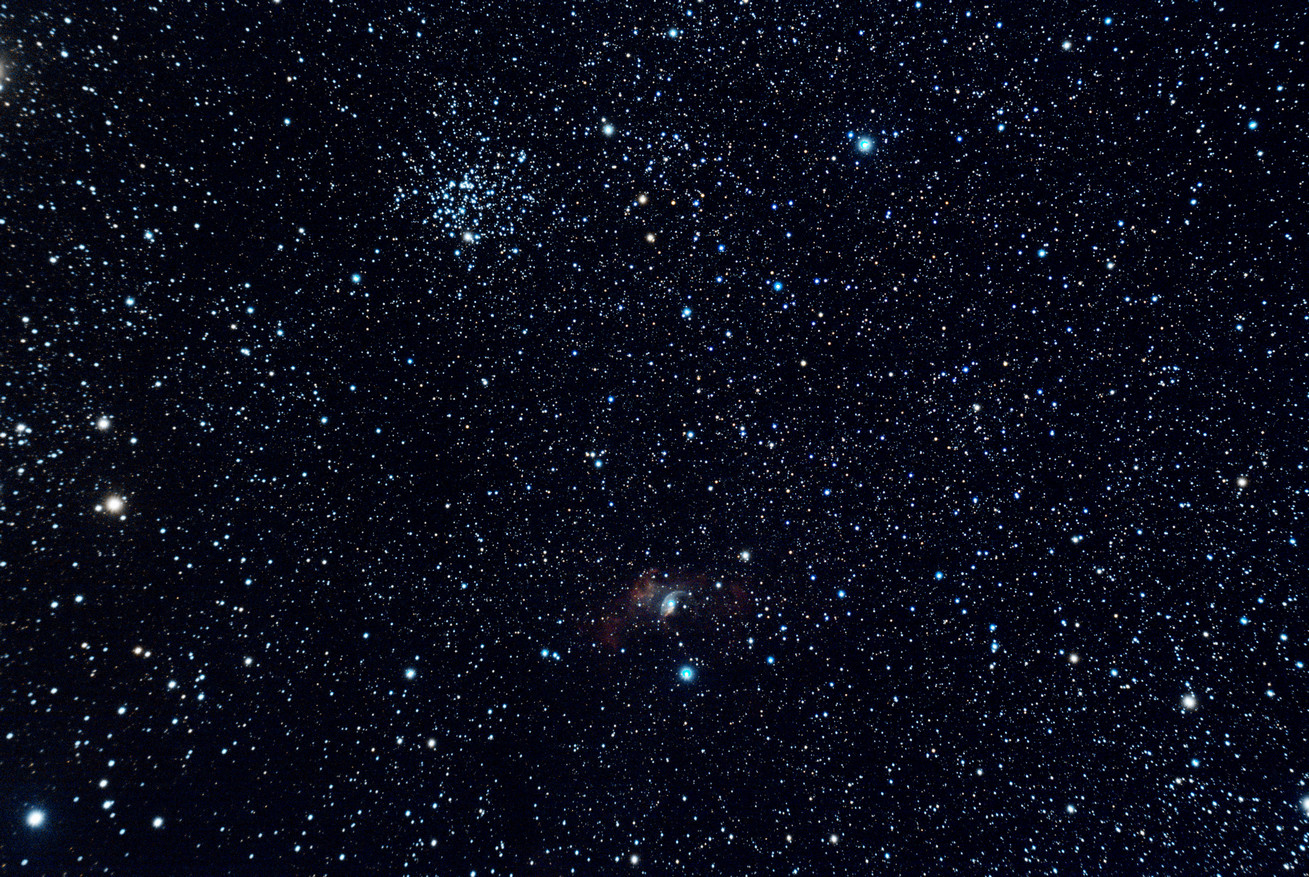 I now have an H-alpha filter and will revisit the Bubble Nebula at next opportunity.

Hi Dave, very nice fov and detail, was this captured with a filter? I see a blue cast in the balance and I take you're still waiting fo a flattener? I love these two targets together

Histogram from the Astrobin posting 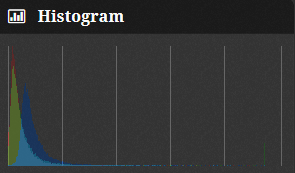 Looks like the colour balance is out - well spotted. Shows there is always room for improvement and don't process at 4am.

How about this revision Minos? I gave the original stack another run through the image mangler. 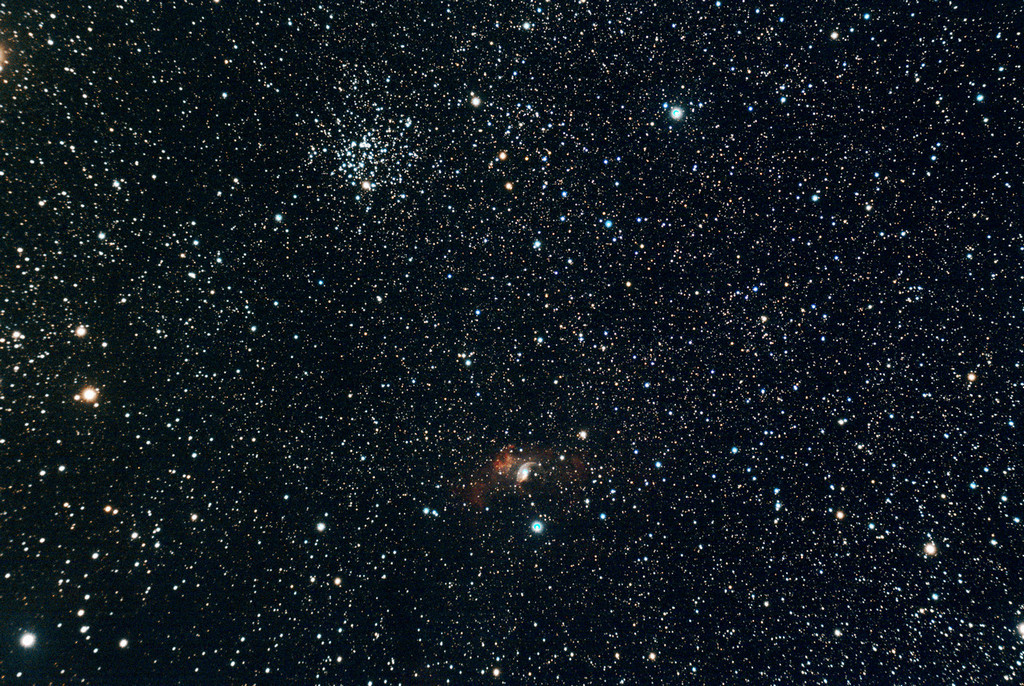 One suggestion, not a criticism, is to have a brighter/less clipped black point. I find that because every viewing screen is different, it's better to be on the brighter (

) side than the clipped side of things!

Looking forward to seeing your next work

Getting the color balance right with one-shot cameras is tedious. I prefer to depict reality rather taking artistic license like a lot of astrophotographers do. It is a struggle due to the eye's tendency to see the same color differently the longer you sit in front of the monitor! It would be best to take a scientific approach that would eliminate all guesswork. I have some ideas on that using a gray card to calibrate the camera. In theory it should work but I haven't worked out the details. I opted for a monochrome camera with a set of RGB filters. Thankfully the filter manufacturer supplied the spectral response of each filter and the camera manufacturer supplied the quantum efficiency of the sensor with respect to wavelength. From that I was able to calculate the proper mix of RGB exposures to get the proper balance.

Absent a scientific approach I would use a star catalog to find and verify the color of stars in your image. I use C2A planetarium software. The SAO catalog classifies stars by Spectral Type: O, B, A, F, G, K, M, C which covers the range from hot-blue to cool-red stars. Unfortunately the SAO catalog is not that large. Instead I use the UCAC4 catalog which goes down to 18th magnitude or thereabouts. UCAC4 doesn't given you Spectral Type but it does give you Photometric Magnitudes. The two most widely used wideband filters used in photometry are "B" and "V". If you hold up a "B" filter to white light it is indeed blue. A "V" filter is green. (By the way "V" stands for "visual" but don't confuse it with luminance -- it is green!)

A common computed quantity in photometry is B-V: The attached image is a composite of an image I took of NGC 6791 and snapshots from C2A. 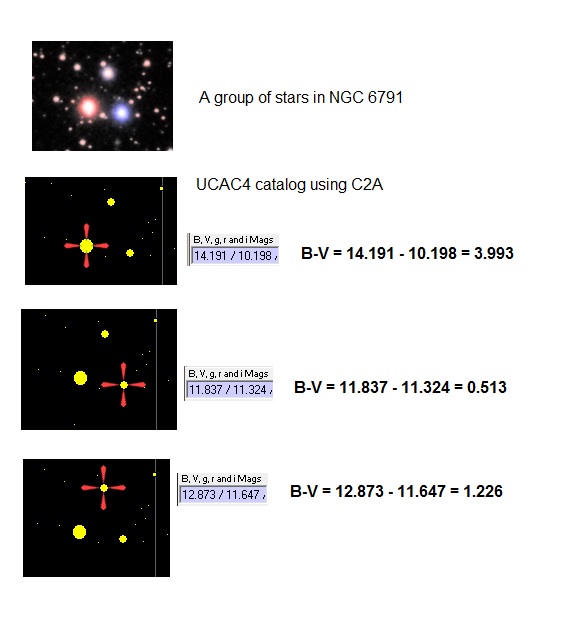