Going for the "smaller" objects again and decided yesterday to go for the interacting galaxy pair UGC 12188, apparent size 0.56 x 0.347 arcmin.
And today I checked the data collected so far in Aladin with the Simbad and NED catalogues ... and did find a star in my capture that was not there in Aladin? A star around mag 16-17.
So checked some more online. In the POSS2 data it was also not there. Checked for minor planets and variable stars and also there, not there.
Checked for recent novae in UGC 12188 and again, nothing.
Could it be that I ... ?

But nevertheless it feels like a real discovery for me. Capturing something that is nowhere on the current maps. Ah well, there is always a next time 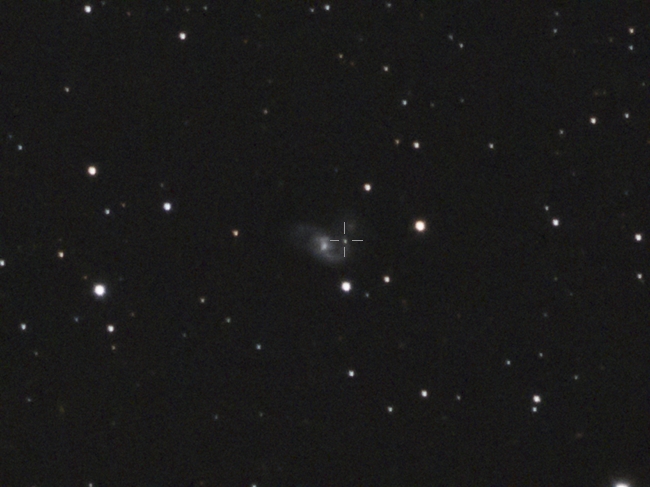 ). 2.5 months after is a very near miss - at least you caught it while it is still not too far from peak brightness.

I almost always do a double check.
I look at the FITS files like in a fast movie sequence for any movement (comet, minor planet, asteroid). This only with sessions that took several hours.
And then with Aladin where I load a stacked FITS and then with the mentioned catalogues as overlay.

But indeed, 2.5 months is a near miss. Will check this one for sure to observe any changes in brightness